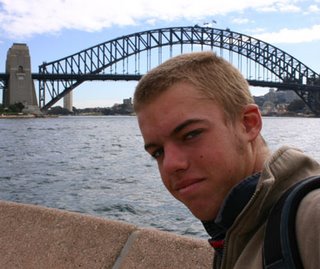 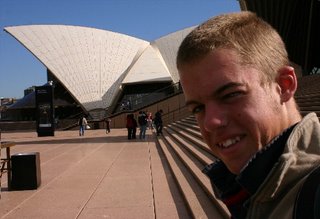 have spent the last couple of days staying with relatives in Sydney. Had a bit of a break from birding and did all the tourist things, looking at the opera house and the harbour bridge, not all its hyped up to be. Now out at bathurst for a while, we travelled out throught the blue mountains, more grey than blue thanks to some very english crap weather. will be stopping off there on the way back to sydney in a few days. apparently they're called the blue mountains because of a blue "ether" the trees give off, hopefully if i inhale deep enough near these magical trees a scene similar to something out of the film "fear and loathing in las vegas" may result, not sure if its the right kind of ether though.
Anyway ,back to sydney, i managed t osqueeze in a bit of birding at the botanic gardens and saw Superb fairy wren, buff banded rail, white browed scrubwren and laughing kookaburra along with a load of really boring stuff.
Posted by Joe Cockram at 5:10 AM