Last week I visited Sweden for 4 days. This was my second visit to Scandinavia, but couldn't have been any more different from my manic twitching trip to Finland over 5 years ago.
This was a trip to see my good friends Jake and Nat, who I met during my time at Bournemouth University. Earlier this year, Nat was diagnosed with Breast cancer, and has been having treatment back in her native Sweden this summer. You can read her blog about her treatment and recovery here. I can't even begin to comprehend what it must be like for such a young, healthy person to be dealt such a blow, but I have nothing but respect for the way that Nat is dealing with her situation so strongly.

Although this wasn't a birding trip, we all enjoy being out and about in nice places, and so visited a few spots near to Stockholm. First up was Domarudden, a typical Scandinavian site of mixed woodland and lakes. The most striking wildlife aspect of the reserve was the butterflies. Wherever the path emerged out of the dense woods into grassy edged access tracks, Fritillaries abounded like I've never seen before. Most abundant were Silver-washed, which swarmed over clumps of thistles. 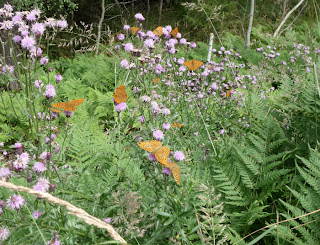 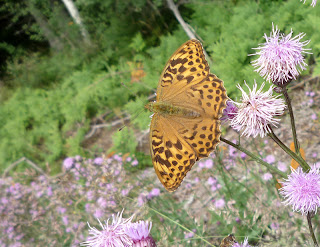 Also present were some smaller Fritillaries, not any species I had seen before, and looking in the book back home, the best match I can find is Nickerl's Fritillary. Any confirmation/correction of that identification would be much appreciated. 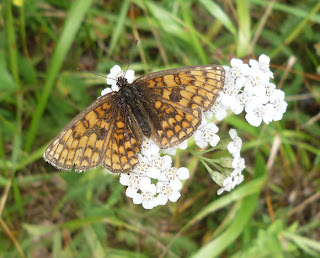 Some quality woodland and lakes 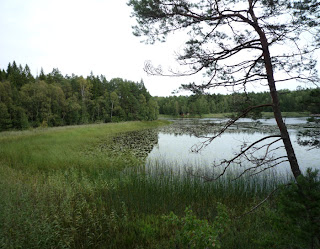 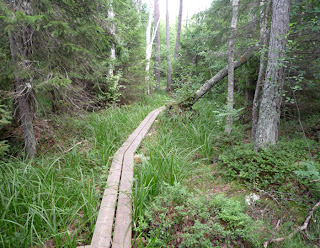 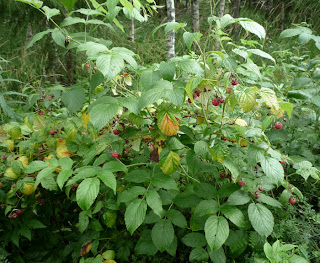 Birds were pretty thin on the ground in the woods, but that wasn't overly surprising given the season. A few big Tit flocks were moving around, including Blue, Great, Coal, Willow and Crested together. Here's a digi-binned Willow Tit 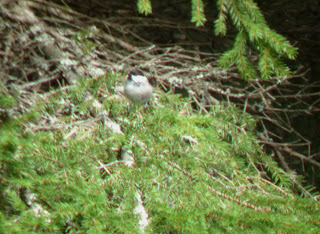 Making full use of the terrain 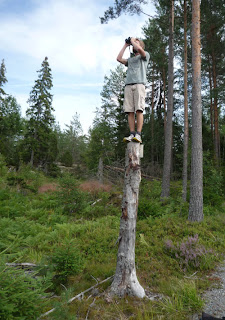 Awesome little shelter on the edge of a clearing, I love the idea of spending some nights somewhere like this, one day........ 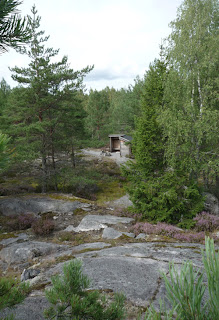 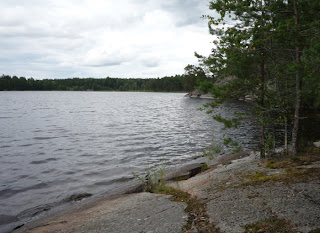 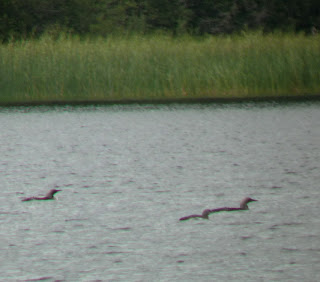 It was a warm, muggy day and the water looked good so we had a quick swim. It was much warmer than the North Sea off Bakeney Point where most of my swimming lately has been done. We got a bit closer to the Divers, which was amazing in itself, and then an Osprey appeared over the lake, hovered over us, as if it was thinking 'what the hell is that in my larder', gave a harsh cry and powered away over the forest, a truly awesome experience, birding doesn't have to be all about scope-filling views!

The next day we took a boat out to the island of Grinda, out in the Stockholm archipelago. 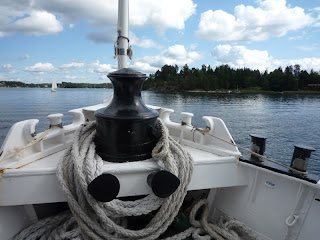 The trip out was spectacular, passing any number of beautiful little islands, most with some really cool houses, I found myself getting really quite jealous.

Big house in the woods, a yacht, and a sauna, what more could you want.... 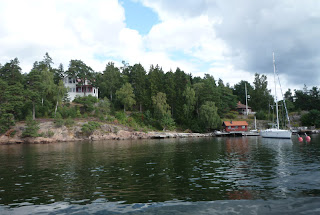 .....oh silly me, how could I forget the private deep water soloing routes!! 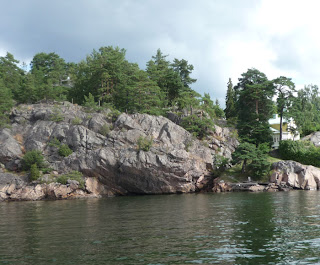 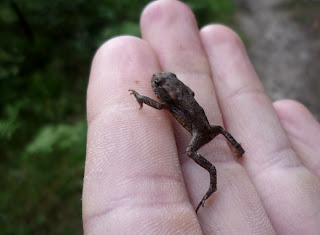 As we were chilling out on the rocks after a swim off the island, a Black Woodpecker flew overhead, what an absolute beast of woodpecker they are, a lifer for me.

And finally, Blueberries! one of my over-riding memories of Sweden will be the Blueberries. I flipping love Blueberries but rarely eat them as they're so expensive in England, so I was delighted to find them growing as a carpet in pretty much every woodland. I certainly had my fill, and the purple staining is only just coming off my fingers. Going out in the evening and collecting a load, and tucking into a steaming hot Blueberry Crumble half an hour later - priceless! 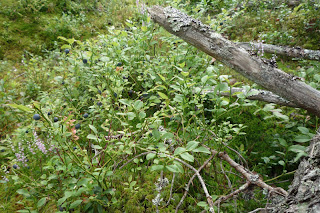 Sweden is a quality place, miles of unspoilt habitat, some top birding i'm sure of you put a bit of effort in, great food and lovely people. I'll be back for sure

Hi - will you post your Blog at The Birding Community ay vorts.com? Our members will love it!
It's easy just cut and paste the link and it automatically links back to your website. You can also add Photos, Videos, Articles, Questions, etc. It’s free and easy…
Connect with other Birders from around the world.
We are looking for contributors to share stuff with our members. Please help.
Email me if you need any help or would like me to do it for you.
The Birding Community: http://www.vorts.com/birding/
Thanks,
James Kaufman, Editor