Not quite biblical, but very nice all the same

Yesterday afternoon, the chart for today was looking absolutely perfect, biblical even, and so hopes were high for a classic Blakeney Point autumn fall. It didn't quite pan out like that, but was still a very enjoyable (and very long) days birding.

There was very little around on the ground in the morning but with easterlies and leaden skies you can be sure that given time, something will turn up. That something came in the form of this juvenile Honey Buzzard that flew in off the sea at The Hoods and then over the harbour. Allowing us to rush out of the Lifeboat House and see it as it went west after a timely phone call alerted us to its presence. This was another case of a meal being rudely interrupted by a flyover, but i'll forgive it its poor timing. The first i've seen on Blakeney Point, and my first since Raptor Camp on Malta almost a year ago, hopefully this one will cross The Med at Tarifa. 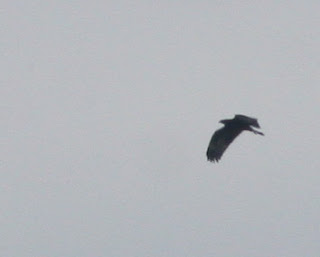 A bit of rain looked like it could drop something in, but only gave us this Tree Pipit, the first of the autumn. 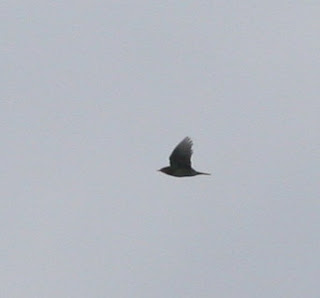 We heard news of a Barred Warbler and Wryneck elsewhere on The Point but carried on looking for own stuff, only getting a very few Pied Flycatchers and Willow Warblers, but this Black Tern low over the shingle ridge was nice. 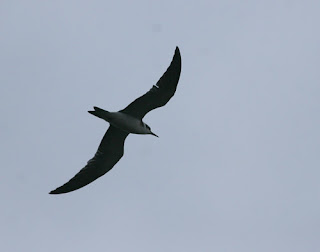 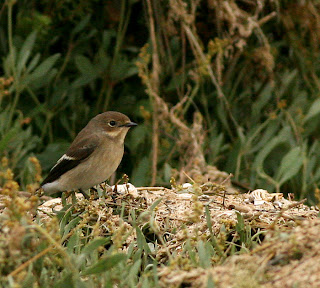 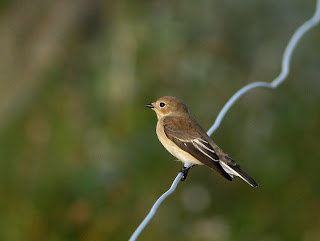 (This Pied Fly from the much sunnier day before)


Eventually, and as the evening light was fading, I managed to find a Wryneck between the Hoods and Long Hills, but only ever had flight views. 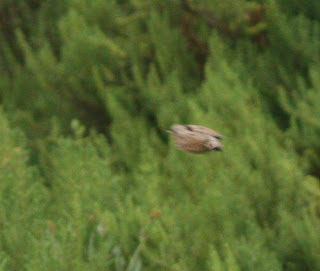 A last gasp effort on Near point found a few new Willow Warblers and Pied Flys, but birds were clearly looking to roost so I called it a day. This Hare provided a chance to take something over than the truly abysmal photos taken earlier in the day. I like this photo a lot, just a shame it was so dark by then. 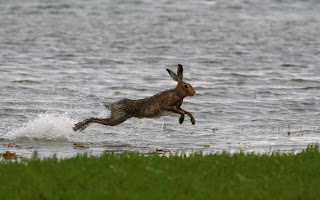