A month or so ago I posted that I had seen a colour ringed Sanderling on The Point, I recently heard back that it had been ringed in February this year at Seixal in Portugal. A quick look at Google Earth reveals it to be a nice, but somewhat over developed place for a Sanderling to spend the winter.
Today I saw two more blinged up birds, it'll be interesting to see where they've come from 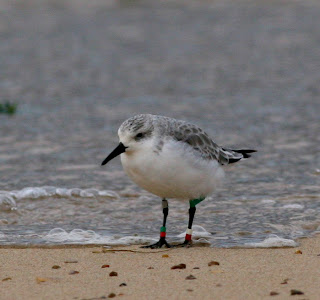 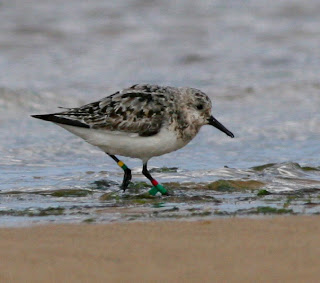 These un-decorated birds were no less delightful 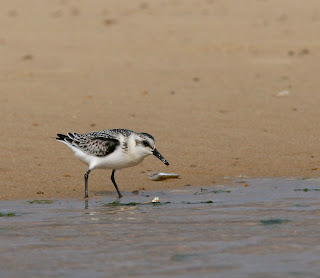 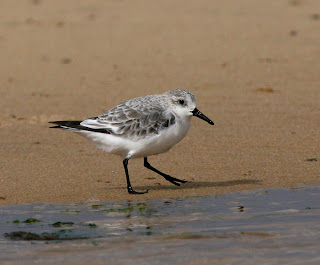 With the Sanderling were a few Dunlin and Ringed Plover 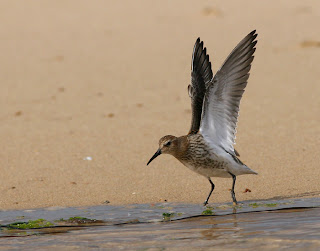 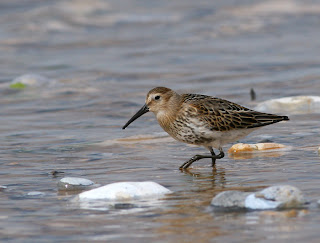 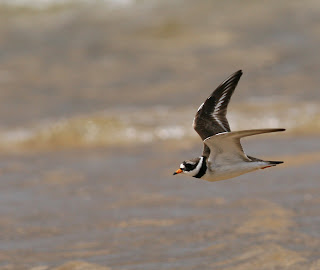 And a seal decided to join in the fun too 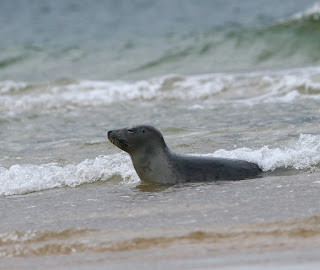 Back on dry land, the Greenish Warbler was still in the plantation, along with 2 Pied Flycatchers 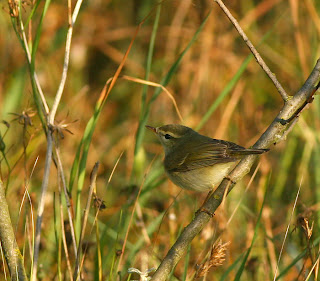 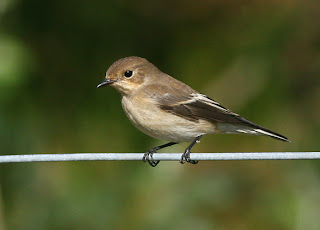 This group pf Snipe went over early this morning, interestingly, I had 8 go exactly the same route at the same time yesterday, highly unlikely to be the same birds, but quite a co-incidence, as those have been the only sightings lately?! 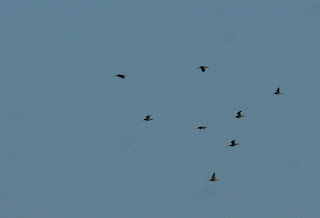