With a few good waders around the country lately, I thought i'd take a low-tide walk around Blakeney Harbour to see what I could find. It was looking great at first as there were clearly heaps of waders around, but it soon became apparent that checking them out wasn't going to be easy. There were simply too many birds, a big flock of Curlews on one side, Golden Plover to the other side, and Dunlin, Turnstone, Redshank etc. scattered about in front of me, it wasn't going to be possible to get anywhere without flushing everything. So I turned around and squelched through the mud all the way back home.

Black-tailed Godwit. You can see the inner primaries have been replaced, just the two outers left 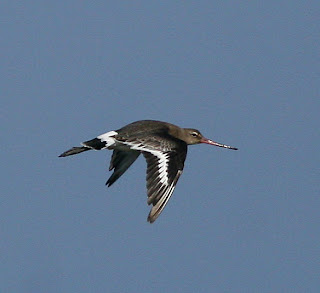 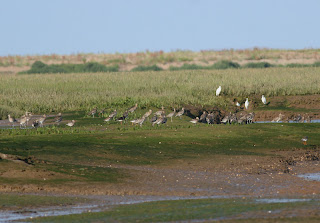 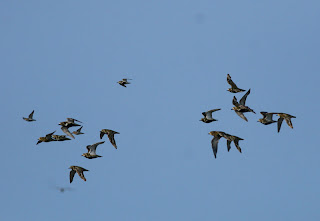 This juvenile Black-headed Gull was flying around with a cockle attached to it's foot, looks rather uncomfortable 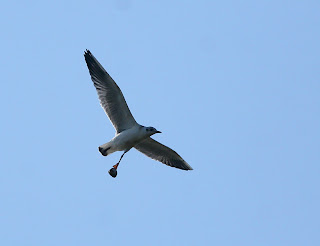 At The Hoods this morning was this colour-ringed juvenile Stonechat. After some quick inquiries we found that it had been ringed just down the coast at Gramborough Hill in early June 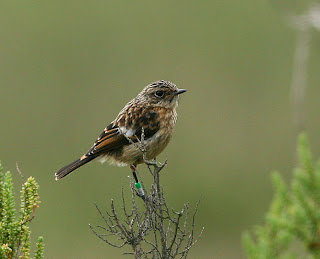 Earlier in the week I got the combination of a  colour-ringed Sanderling on the beach at The Point, i'll be posting up the details of it's life history once I get them through


The three successful Swallow pairs around the Lifeboat House are all building new nests for second broods. It's a little late in the year, but good luck to em 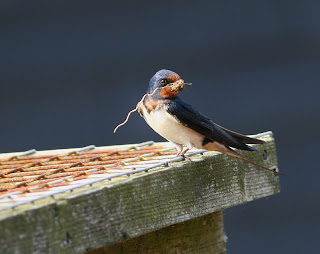