Anyone birding along the Norfolk coast lately would have noticed plenty of young Sandwich Terns around, most, if not all of which will have come from our colony. Last week we counted 2200 fledged birds around the colony site on Far Point, and this number is dropping daily as they disperse. 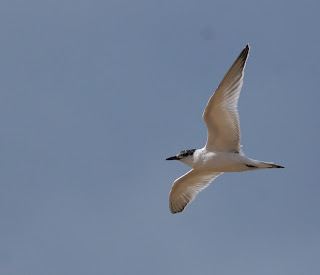 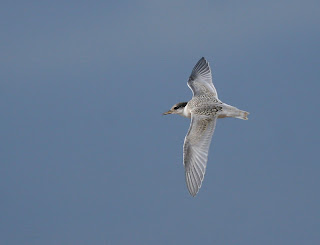 Little Terns are a bit later with their breeding season, with just a handful of fledged birds so far

This little guy ended up on the ground after part of the nest had collapsed, we quickly knocked up a shelf to put in place of the broken nest and returned him to his siblings who were clinging on for dear life. The adults seemed to accept their new extension and hopefully we wont see these birds again until they fledge properly, hopefully sometime over the weekend. 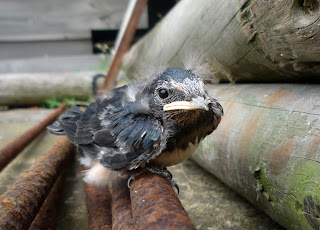 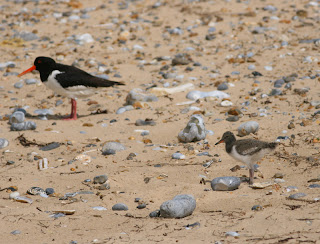 Still some time to go before this Oystercatcher can fly 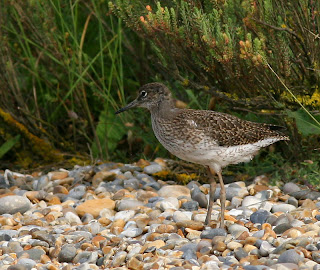 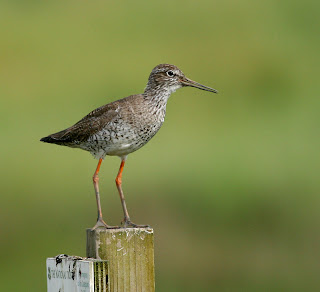 The parent was still keeping a close eye on it though

Migrant waders are still heading North, though at this time of year there could well be failed breeders heading South too 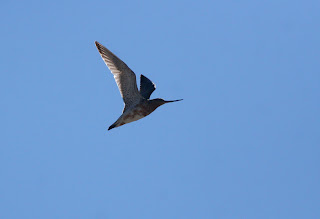 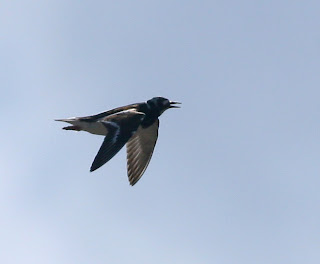 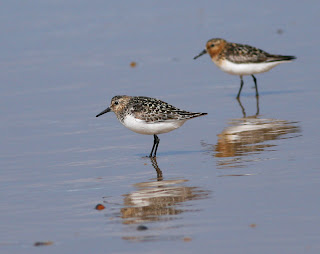 Amazingly, having not been since Sunday afternoon, the Short-toed Lark re-appeared on Beach Way today, I wonder where it's been hiding? 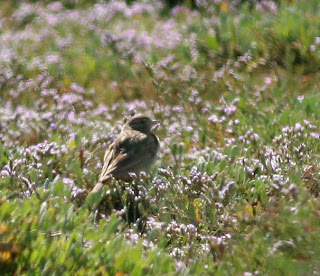