Back where it all started

Today, as part of the relationship between the National Trust and the RSPB, I was over at Titchwell Marsh helping out with some work clearing vegetation on the freshmarsh. After work we had a little look around the place, the highlight being this escaped falconers bird. I tried to catch it (failed miserably), and i'm not really sure what it is, juvenile Lanner maybe. 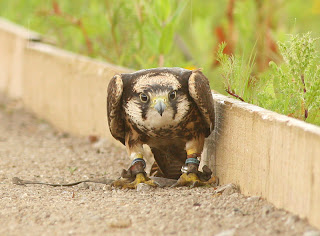 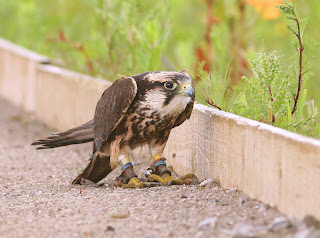 Way back in 2004, I volunteered at Titchwell for 6 months as part of my work placement for college (yes, the same work placement as took me to Scilly, hard life I know). Having previously just been birding at weekends and school holidays, this was an awesome introduction to living next to and working on a reserve, and birding it dawn til dusk. Life has never been the same since.

My time at Titchwell was before I started using a DSLR, so I was using some very basic digiscoping gear. Here's a few shots I found while rummaging through the archives.

Broad-billed Sandpiper. I got the call about this just as I got back to the volunteers cottage after a days work. As the other volunteer (who had a car), was in the shower, I had to run all the way to Parrinder Hide to see it before it got dark. 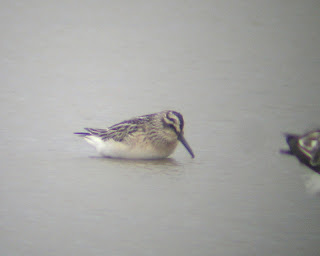 Glaucous Gull on the beach 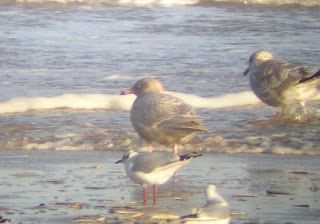 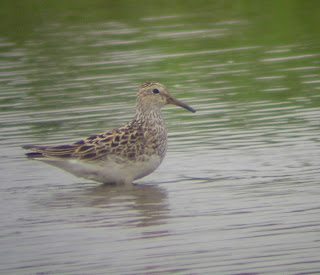 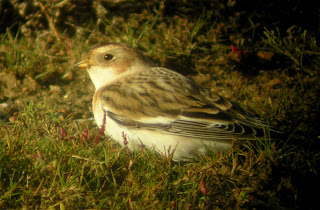 Waxwing, in the garden of the vols' cottage, digibinned from the sofa. 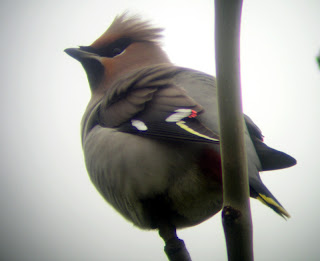 After 6 months, I hadn't actually found any decent birds, which I was a little bit disappointed by given the effort I had put in. On my final day I was just tying up some odds and ends in the office, looked out of the window and saw this beast, Coue's Arctic Redpoll, a great bird to end my stay! (obviously,  definite identification wasn't quite so straightforward as that) And of course, who could forget Sammy 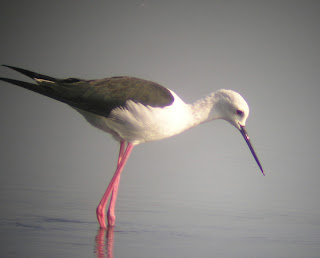