At the sharp end!!

I think I may be starting to run out of 'Point' based blog titles, some would say that I did a long time ago....

Today was a fantastic day for birding on Blakeney Point, a spring 'classic'. Starting this morning at Cley Beach the walk up was enlivened by plenty of Wheatears on the deck and a few Yellow Wagtails passing low overhead. Only one of these actually pitched on the deck and it was this fine male flava. 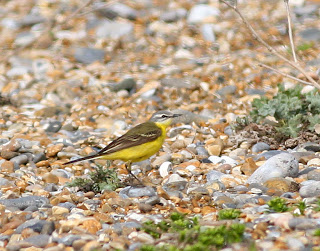 This ringtail Hen Harrier caused havoc on the saltmarsh as it flew east over the harbour, gulls and waders everwhere!!! 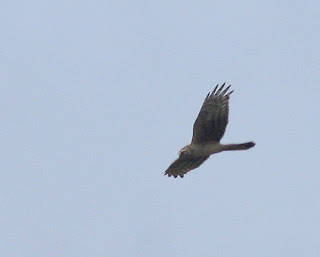 The bushes held a scattering of the usual spring migrants, Willow Warbler, Chiffchaff, Lesser Whitethroat, Redstart etc. In the afternoon we were casually admiring a male Whinchat on the plantation fence when this cracking male Red-breasted Flycatcher appeared next to it. 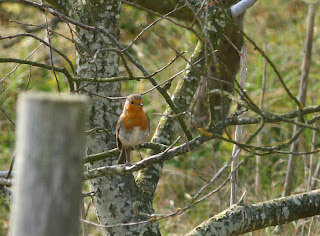 It shared the fenceline with a pair of Whinchat, a male Redstart, 2 Blackcaps and a Lesser Whitethroat, all of which were new in since the morning, presumably due to the wind veering more to the east throughout the day. The whole place just had that feel that new things were arriving all the time. 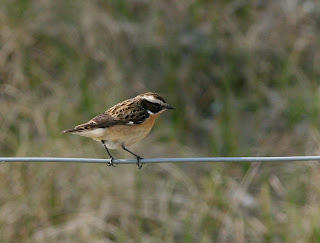 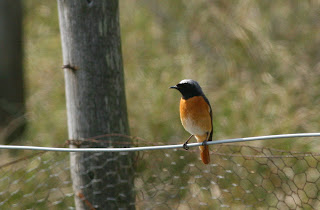 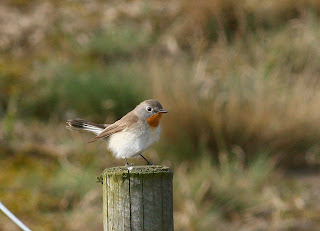 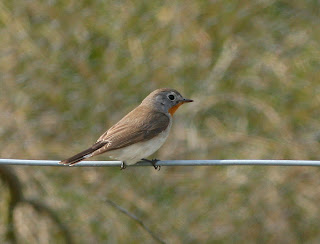 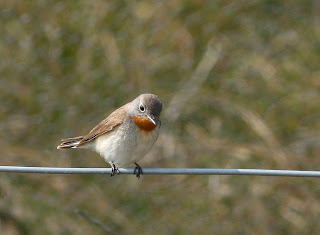 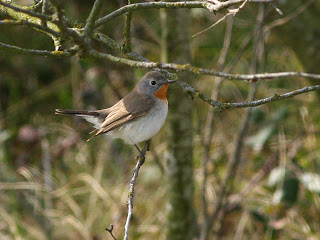 The rather restricted throat patch had us even more excited for a while but closer examination showed some reddy-orange bleeding through into the breast ,and looking around on the internet seems to show this as fairly typical plumage for this time of year. Interestingly, according to The Birds of Norfolk, this is the earlist record for the county, a whole 5 days before one on at Brancaster in 1972.


Throughout the rest of the evening new birds were still coming in including a smart male 'Pied type' flycatcher, which fortunately was only seen in flight so didn't even give an opportunity to try and turn it into something else.

Nice Robin mate! Swap our 400 for one RB Fly looking like that tho! (possibly anyway... 400 Robins is pretty awesome!) Keep up the updates. Dont let Eddie and Paul suppress your blogging instincts!

400 robins does sound pretty awesome, but i'm sure you'll get something plenty rare enough soon. Astonishingly, we even have an official Point blog now at norfolkcoastnationaltrust.blogspot.co.uk but i'll keep this one updated with occasional irreverent gripping

Joe, some cracking pics dude, you are very lucky to see a spring rb fly few and far between well done.

p.s sure i met you years back in spring on scilly in lower moors hide, trying to catch up with Golden O' which im pretty sure u nailed the next day ?

Thanks Hawky, yep, its always a privilege to see birds like this.

Thats some good memory you have there, 2005 I was in Scilly for the spring, and yes I got a flight view of my first ever Golden Oriole on my 2nd day in that hide, well worth the wait!