A bitter-swift pill to swallow

If that's not clutching at straws for a title then I don't know what is!!

The strong south-westerlies over the last few days have halted the arrival of migrant passerines, and any goodies that may be travelling with them, but the birding has been no less spectacular. Today saw an impressive movement of hirundines and swifts along The Point, which was as absolute joy to witness. While on duty at the beach I counted nearly 2000 swifts in 2 and a half hours, just shy of 1000 swallows and 500 House Martins. With the strong winds the birds were travelling incredibly fast, and made no effort to change course to avoid me standing on the dune, often coming withing touching distance. Some of the Swifts even looked like they were going to snatch the tally counter out of my hand. Photography wasn't easy but I managed a few slightly soft shots that I think give a good impression of the experience. 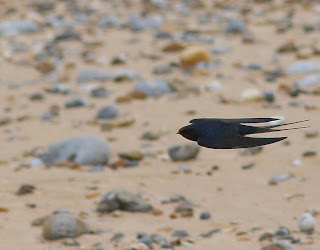 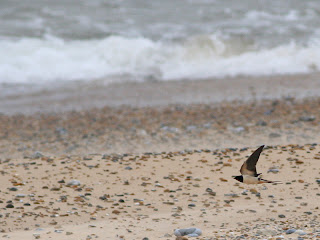 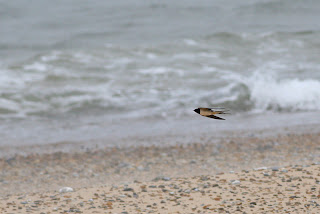 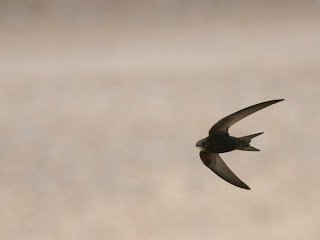 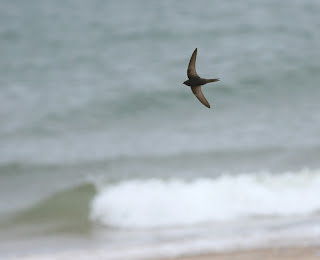 Being the rabid rarity hunter that I am, I was well keyed up for a Red-rumped Swallow to come whistling past, and was thinking that such an occurrence was definitely on the cards, checking every single Swallow, and my heart jumping at every House Martin. Unsurprisingly, none did, and I was still very much happy with what I had seen. However to hear that one had graced Cley during the afternoon, and then moved to our fellow NT site of Blakeney Freshes just over the other side of the harbour, where it was joined by another, was bit gutting I have to say. I know that I say 'XXXXX is one of my favourite birds' far too much for it to actually mean anything, but Red-rumped Swallows really are, they are just superb little creatures, and looking back over these photos always puts me in good mood, one of my most memorable days birding ever, and that's saying a lot!