The Point has been a pretty dire place for birding over the last week, with the westerly winds doing their best to ruin our September. Migrant passerines have been very thin on the ground, just a handful of Wheatears dropping in daily. The only hope really lies in american waders, but several attempts squelching around Blakeney Harbour at low tide have been fruitless. A trip down to Cley to see the Pectoral Sandpiper yesterday evening was a nice reminder of what rarities look like, hopefully we'll have something similar of our  own soon.

Unfortunately, as I made to photograph the Pec, I discovered that my Canon 30D was absolutely stone cold dead, not a flicker of life from it! Attempts to revive it back home have failed thus far, so it looks like its the end of an era. I've been using the 30D since early 2007 and it's been a fantastic camera for me, solid as a rock throughout some very difficult situations and conditions. But, time to move on I guess, it looks like i'll get myself a 7D as a replacement, once I can justify the cost. It's ridiculous really, needing to pay the best part of a grand for something that the vast majority of people live without just fine, but not having a camera just doesn't even seem like an option for me. I've thought about one of the cheaper options, but an 1100/600D wouldn't do justice to the 400mm f5.6 lens, and its not that much more of a jump in price from a 60D to a 7D. Whatever I get, it'll probably be soon as I'm a bit scared of something mega turning up and not being able to photograph it, nightmare scenario! 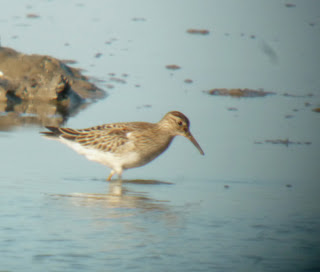 Here's the final batch of photos from the 30D, taken over the last few days.

This juvenile Bonxie didn't think much of a rather choppy sea on the only day of Nor-westerlies we had, and decided to fly down the beach instead 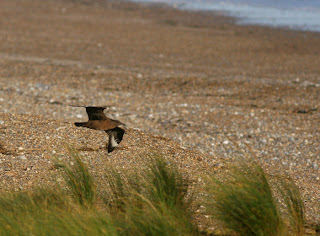 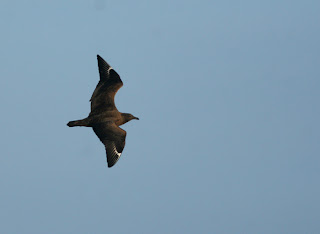 Working the suaeda at the Long Hills I saw this Marsh Harrier coming before it saw me, so I dropper low and got a great view as it came by nice and close, unaware of my presence. 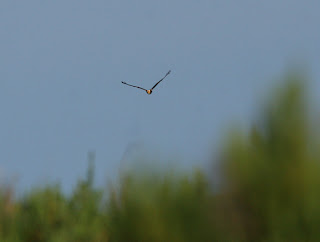 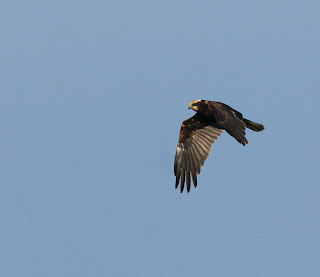 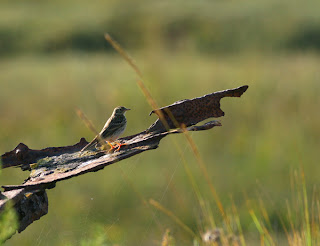 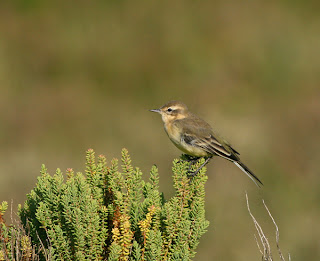