It doesn't always take some crippling rare, or a massive fall to make you appreciate the wonder of migration, more subtle little moments can be just as special. This evening I was having a bit of a seawatch from the beach, not classic conditions for it I know, it was as much about enjoying the sunset as anything else, i've not got much longer left on The Point, and I want to soak it up as much as I can.
Anyway, I wasn't seeing a whole lot, and was thinking of walking back along the beach to get back for dinner, when I picked up a small bird waaaay out over the water. It was clearly a solitary passerine, bounding in low over the waves on it's way towards The Point, and I kept following it in the scope hoping to get an i.d on it as it flew by. It kept coming in a beeline right towards me, still hugging the waves, at one point it even had to jink up and out of the way as a breaker almost caught it, I was getting worried that it might not even make it. I was willing it on the last few hundred metres and to my astonishment, it kept coming right in, over the surf, up the beach, and plonked down practically at my feet! Looking through the scope I swear I could see it's little chest beating as its heart pounded from the effort. I slowly reached for the camera, cautious not to scare it from its rest and clicked away, though the light was awful. After a few minutes it began chasing and catching a few micro moths that were starting to come out of the grass, and then flipped off over the dunes, presumably to find some more substantial cover in which to roost. Pure and simple Point magic. 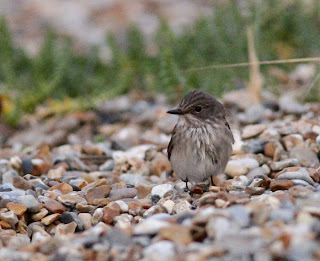 The bird resting on the shingle, fresh in off the North Sea 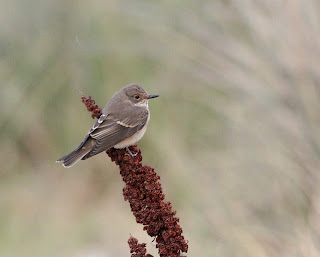 A bit more active after a short recovery period.

The pale tips to the greater coverts age this as a first winter bird (as does the buffy tip to two of the uppertail coverts, first time i've noticed this in the field). It's absolutely mind-blowing to think that this bird, only a few months old has just flown across the North Sea, maybe all the way from Norway, totally unguided, except by tuition, and that this is only the beginning of its journey South. And then to think that this is happening everywhere right now, birds of so many species, all over the world, pulling crazy stunts like that as if it was totally normal, I have so much respect for these creatures, they're sooo flipping tough its unreal!

Which brings me to my next subject, fuckwit hunters who think they have some god given right to end the life of something so amazing, for the sake of a stuffed trophy, a small meal, or simply just for the hell of it. Hence i'm off to Malta on Wednesday for Raptor Camp 2012, doing my bit to stem the slaughter. I was going to moan and gripe about my journey there, having to leave here tomorrow afternoon, a 4 hour train, and then a night in Stansted Airport (my 3rd there this year) in order to get a flight Weds morning and not getting to Malta til nearly 24 hours after leaving The Point. But I won't moan and gripe, that young Spot Fly has had a much harder time of it, making my travels look like an absolute cakewalk in comparison.

So instead, here's some nice pictures of a Grey Plover from this morning 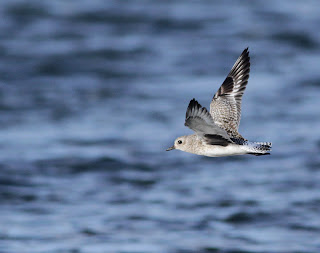 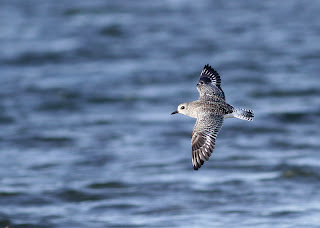 And a skein of Pink-footed Goose, part of the flood currently arriving in Norfolk from breeding grounds in Iceland, another awesome migration story for another day. 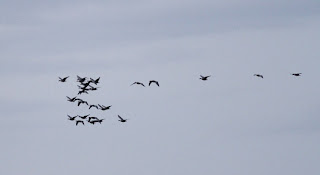