The calm after the storm

Back at the relative normality of Blakeney Point.....

While I was away I missed a couple of good days, with a big fall of redstarts and thrushes, and some good scarcities, but fortunately not the mega I was dreading, I guess the birding gods smile upon those attending camps on Malta.
The Barred Warbler first found a week ago is still hanging around in the Lifeboat House Garden, or 'The Lupins' as those not in the know insist on calling it.
Barry aside, there's shit all migrant passerines about, just 1 Wheatear and 1 Willow Warbler today, but wildfowl and waders provide something to look at 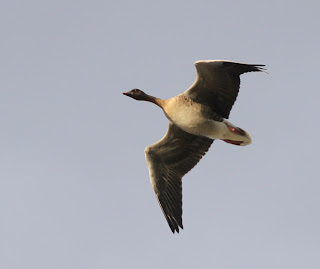 And finally, one of the weirdest sights of the year. Walking along the beach I saw 2 Common Gulls scrapping over something on the sea, a closer look revealed that it was a Stoat!?! Unfortunately they were quite far out, otherwise this could have made a spectacular photo I feel 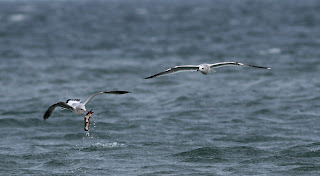