Things remain very quiet on The Point. The wader roost was practically empty this morning, but a couple of juv Gannets flying by very close offshore were good entertainment. 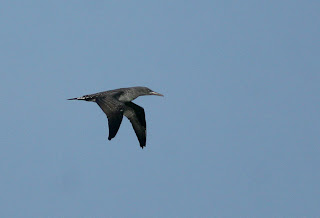 Back at the Lifeboat House, a disturbance to the waders in the harbour was a signal that a large raptor was about. To our surprise, a quick scan revealed 10 Common Buzzards thermalling over the harbour, then drifting West. Over the next hour, a further 5 singles, then a flock of 15, then another 5 passed through, though these were distant over the mainland. We hoped that such a prominent thermal might lure in a Honey Buzzard given the time of year, but despite diligent checking, none were seen. Still, it was a hell of a sight and  very exciting when we first got onto the birds. 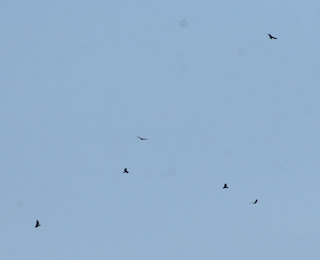 Grounded migrants were thin on the ground, but they seemed to be concentrated together. 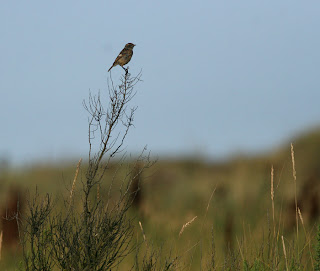 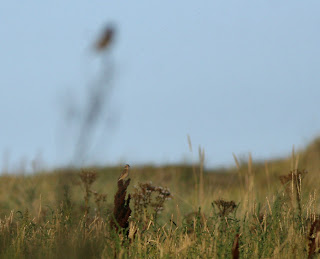 If you happen to walk past the Lifeboat House and smell something like this Apple Cake baking, you might as well turn around and go home. This is as a sure sign as you could ask for that the birding is slow! 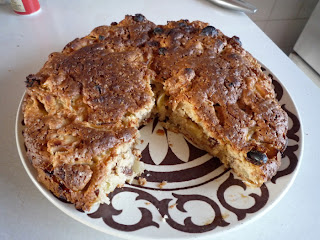 Loving that Apple Cake Joe! Well worth the trek, regardless of any rares....