I spent most of the day down at the Cley end of the beach, talking to dog-walkers and other such miscreants. A nice interlude came with these young Spoonbill flying through the Harbour from Cley NWT. Unfortunately the Black-winged Stilt on the reserve didn't do similar, and I just couldn't bring myself to walk down the West Bank to twitch it. 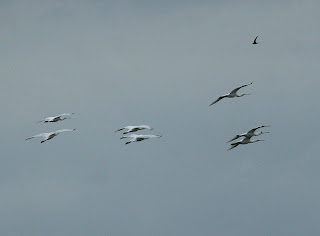 Earlier on, offshore from The Point, these two Grey Seals were well entwined and looking most content, presumably mating, the first time I've seen this in 3 years working on Seal colonies! 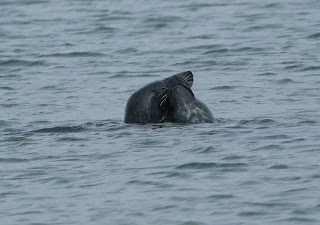 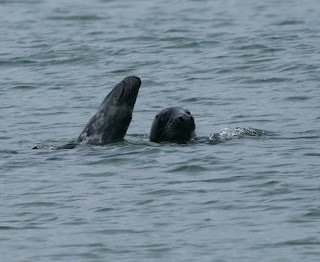 Another nice moment was seeing a brood of Meadow Pipits fledged from a nest I've been monitoring for the last few weeks. It looks far too cute and innocent to survive in this big bad world ( I've found two Linnet nests failed at the chick stage this week, most sad) but they grow up fast, and I love the thought that doing a vis-mig watch on some remote headland in a future March, this could be one of the birds 'seeep'-ing overhead. 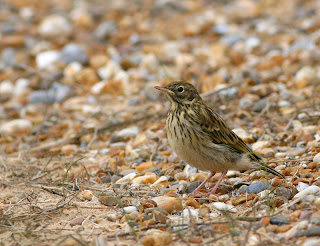