With Portland being pretty quiet this morning we decided to go down to Exminster Marshes for a look at the Little Crake, which would be an actual real whole wide world tick for me.
On arrival, a bloke was just telling us that it had disappeared and that they thought it might have moved onto a different stream when I interuppted him to point out that was in fact right in front of us, having just crept out of the reeds, impeccable timing as ever. It showed well on the edge of the ditch but was always obscured by a wall of reeds right in front of us.
It did move further down where we had a clear view but it was a bit further away, allowing only some iffy record shots: 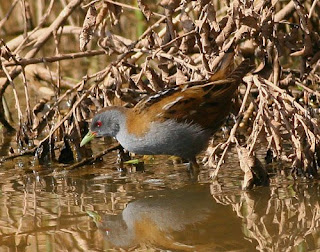 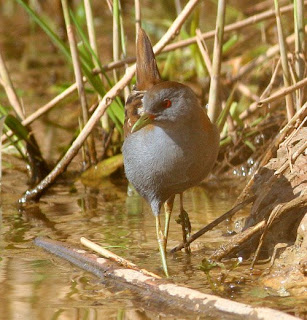 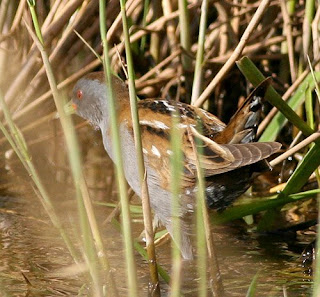 Safety goggles are recommended, that primary projection could have someones eye out!!

It then legged it over the road, flew over another couple of ditches and disappeared. Happy with the views we had got, we headed home, dipping the Falcated Duck at Countess Wear on the way, its a crappy escapee anyway.
Posted by Joe Cockram at 4:28 PM