Not many birds around portland again today, so the dubious highlight was this coastguard helicpoter faffing around off the East Cliffs, but apparently not actually rescuing anyone 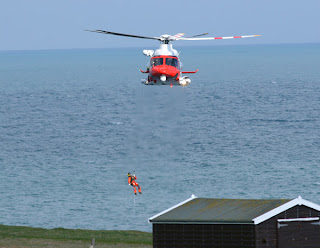 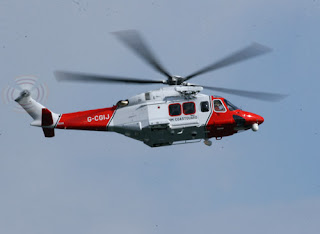 the light was so good that I had to stop down to f32 to get a shutter speed slow enough toget some motion in the blades, unfortunately it also shows up the filthy state of my sensor, yeuch!! 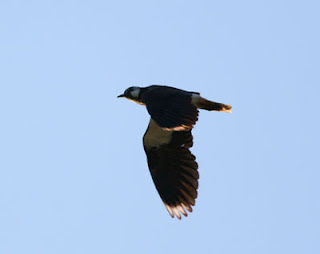 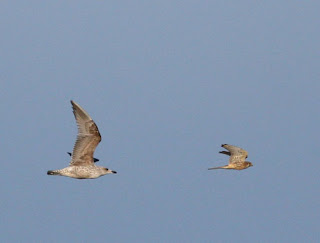 Kestrel getting decked by the local yobs 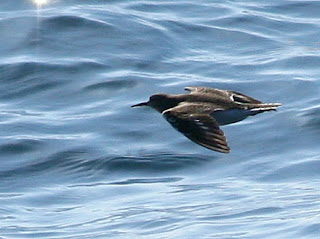 One of 5 Common Sandpipers at The Bill 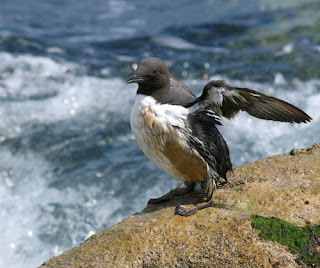 sad looking oiled Guillemot. I wanted to catch it, but it was sat on an offshore rock, so was unreachable. I might have a try if it's still there tomorrow though. 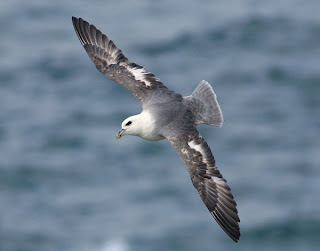 Fulmar off the West Cliffs
Posted by Joe Cockram at 6:29 PM

that helicopter - it's one of a set of new ones the Coastguard have bought, so I guess they were doing some practice with it. There was one flying up and down the Solent the other evening.