First up were two Hawfinches that flew over us on the Top Fields shortly after dawn, 'zick'ing away as they do.

Next a seawatch off the Bill was going painfully slowly until an Iceland Gull rounded the cliffs right in front of us, just as a Pom Skua was bombing through a bit further out, some people just didn't know where to look!

I'm a bit unsure of the ageing of this bird. The greyish tint to the mantle, and well marked bill would suggest a 2nd winter, but the dark eye looks more in line for a 1st winter. I know sod all about gull ageing though, so if anyone can help, it would be much appreciated. 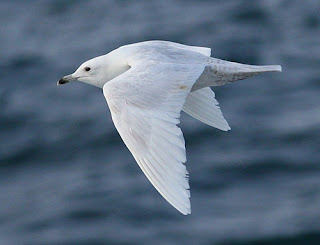 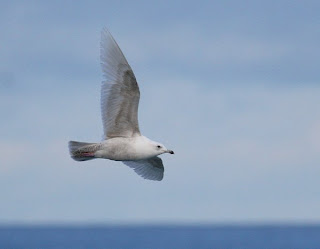 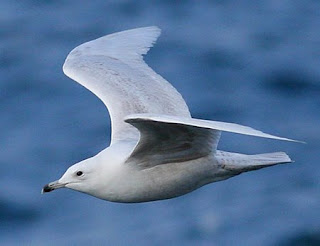 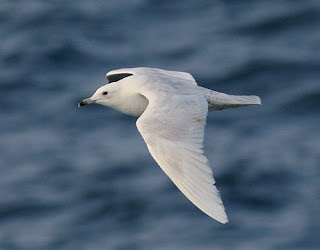 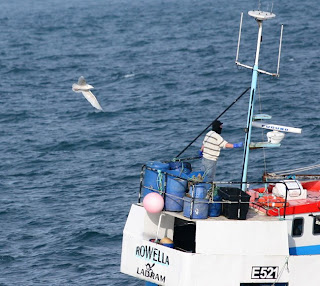 It is weird that there are days where there are almost no migrants at Portland, this being the peak time. Wonder if it has some thing to do with the "Jet stream" as last year, not sure what it is doing at present ?

Still having the Serin in your garden can't be bad, what a garden, Pallas's last autumn, I am not jealous realy, honest !

Pity you could not pin the Bee-eater down, anyway a good record, but elusive like the Icterine.

Chris Stone
P.S. Just think of me sitting in my lorry.

Grear images, what equipment do you use.

It's quite simple Chris. Theres only ever loads of migrants on Portland when you and Gary are down here!!