Chitwan National Park was pretty poor photographically speaking. For the duration of our stay (a whopping 2 nights) the place was shrouded in a horrible haze/fog. Typically, it started to clear up just as we were leaving 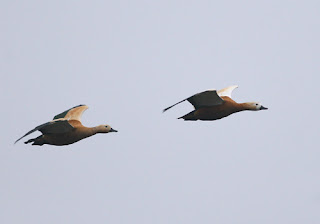 Pair of Ruddy Shelducks, there were masses of these along the Rapti River, and probably the fist 'genuine' ones i've ever seen. (The pair over the plains near Madrid last summer were a bit iffy if i'm honest with myself) 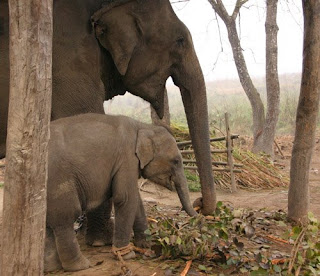 Awww, how cute is that 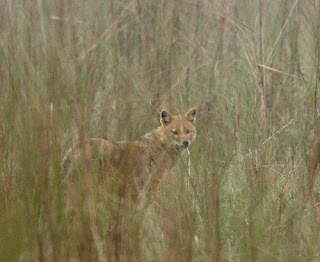 Golden Jackal slinking through the grasslands 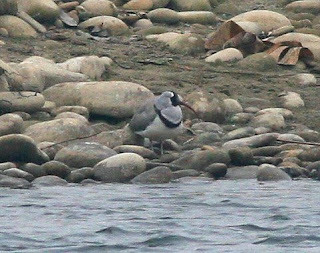 The best bird in the park, Ibisbill. Probably the worst shot ever taken of one of these legendary birds 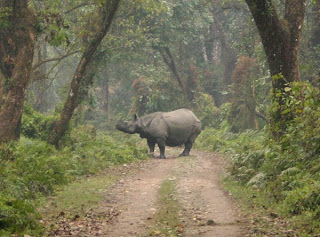 The Inidian Rhino wot charged us. This photo was taken with the 18-55mm lens. We had emerged out of the jungle onto the track where the Rhino is here, then ran back to the armed guards, to take this photo in relative safety. Apparently Rhino's have crappy eyesight so it probably couldnt see us there anyway, but it was certainly following us well enough as we crashed through the undergrowth with it in hot pursuit. A weird funny/scary experience and a somewhat dubious highlight of the trip 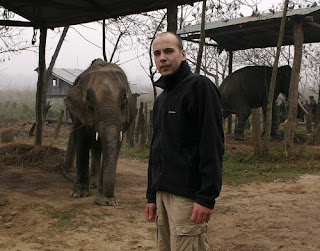 A monstrous pachyderm, and an elephant
Posted by Joe Cockram at 3:15 PM