OK, heres the final set of pictures from Jomsom: 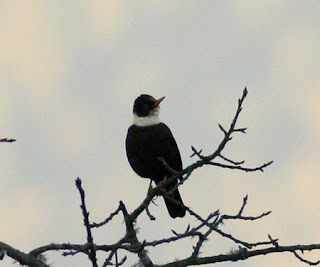 White-collared Blackbird at Taadapani, in the same tree as the Collared Grosbeaks in the earlier post. 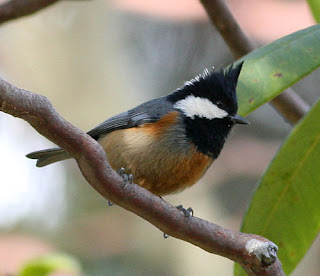 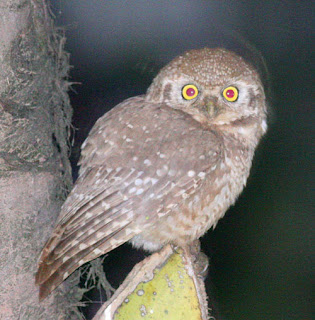 Spotted Owlet in Pokhara, the night before the trek. We had just got to sleep when this thing started calling (more like yelping to be honest) outside the bedroom window. Anyone walking underneath the balcony would have had the amusing site of us bleary-eyed and only in our boxers, JP holding all the torches we had in the direction of the bird and me trying to balance the camera on the railings. 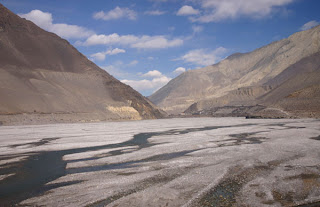 The mighty Thak Khola, rather empty in the dry season. Thanks to some duff directions from a geordie bloke, we found ourself on the wrong side of the river and had to wade across it, unsurprisingly, given that it comprises totally of fresh snow-melt, it was bloody freezing. 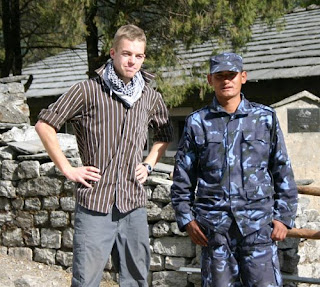 It's not often that I can make somebody else look short! Luckily this bloke didnt realise we were taking the piss cos i'm sure he could have properly decked me if he wanted, despite being vertically challenged. 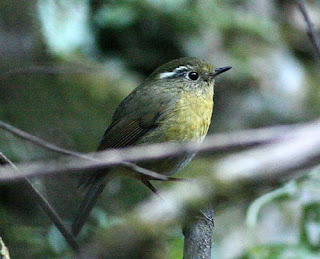 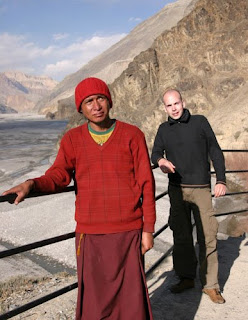 JP and a happy looking bloke at Kagbeni, to be fair he was probably in exile from Tibet so had an excuse to be miserable 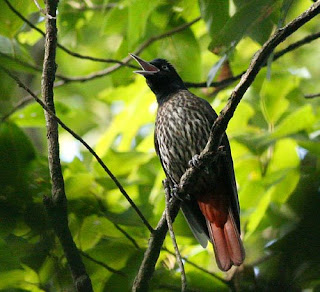 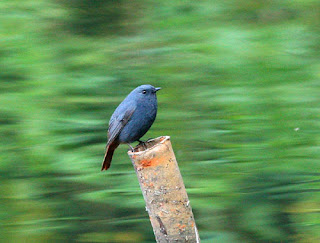 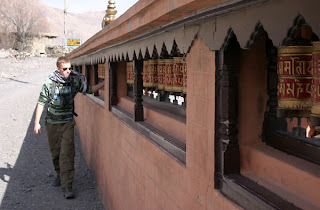 Spinning prayer-wheels at Marpha, didnt get me Grandala though did it, religion is such a load of bollocks, I mean, I pretended to be buddhist for a few days and I cant even see a few rares in treturn, rubbish 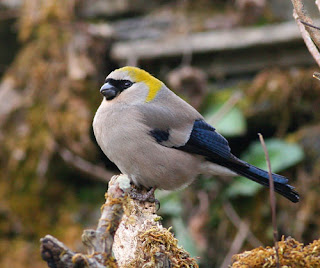 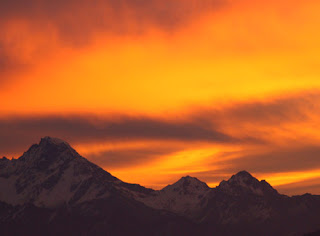 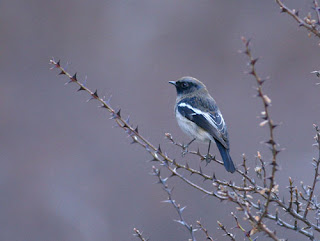 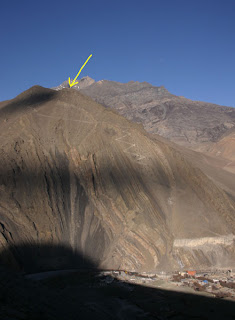 Nuff respect to anyone who manages to get up to pray at the Gompa at the top of that hill. Gompa is a nepali word for some religious praying thing, but it sounds like a good Somerset word of abuse, like numpty or pillock, I mighthave to start using that one. 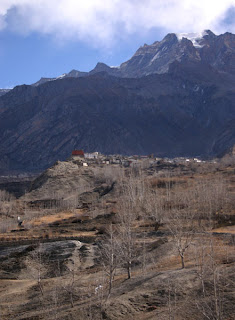 I just cant get enough of the landscape up there, even though these photos do them no justice at all. 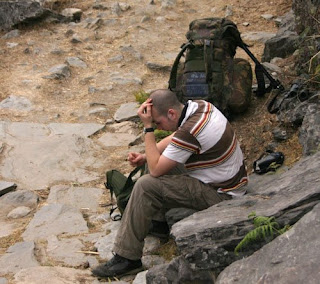 And finally one of JP looking shattered, the big jessie.
Sorry mate, it had to be done!!


Portland this morning was much more pleasant than recent days with the wind dropping off completely. It felt a bit more 'birdy' but a Dartford Warbler was the best we could manage down at the bill, plus a few singing Chiffchaffs, and an increase in the number of Stonechats. Even as i write this, theres a chiff calling in the garden, hopefully there'll be a few more interesting things starting to come through over the next week. Great-spooted Cuckoo is an absurd absentee of the portland list, and I fancy that this year is going to be the one that it finally falls, but then i've been saying that since I was 12 with no joy. To be perfectly honest i'll be overjoyed with a Hoopoe.
Posted by Joe Cockram at 11:05 AM