The last month:
After returning to Kathmandu from the Khumbu, I met up with a group of the more intrepid members of my family who had come out for 3 weeks over christmas. We got our permits etc. sorted (fecking useles TIMS) then headed straight up to Pokhara and onto the Annapurna Base Camp trek. The bins stayed largely in the rucksack as I was mainly too busy keeping an eye on my nearest and dearest, so this wasn't a particularly birdy trek for me, but all the same I managed to see plenty of good stuff; Wallcreeper and Lammergeier were fairly regular (should've saved some cash and gone to the Pyrenees!). 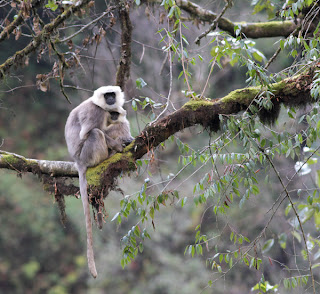 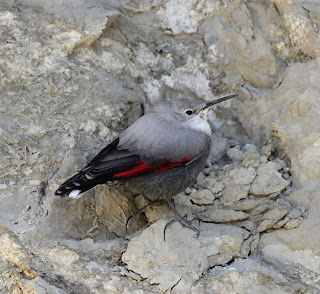 Scenically however, this was one of the best treks i've been on. All the way up, we were just getting fleeting glimpses of Macchapuchhre, Annapurna South and Hiunchuli through the clouds, but on the 'top day' we walked at dawn into the 'sanctuary' of base camp, and as the dawn rose a fantastic natural amphitheatre of peaks including Annapurna were illuminated in sunshine. A fresh layer of snow added to the atmosphere, you really had to be there, but hopefully my photos (to be uploaded when I finally return to the UK) will do the scene a degree of justice.

On the way down we decided to add an extra day by detouring to Taadapani. This proved to be an excellent choice as it provided the best birding of the leg. The whole village was covered in thrushes, mainly White-collared Blackbird, which seemed to be feeding in every garden, ditch and field, but also a scattering of Black-throated Thrushes, Grey-winged Blackbird and best of all, half a dozen Chestnut Thrush, my first. Added to the mix were groups of stunning Collared Grosbeaks (Yellow and black has to be the best colour combo for birds!), and assorted rosefinches, tits, laughingthrushes etc. 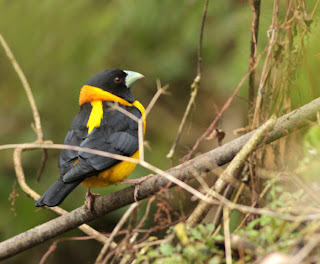 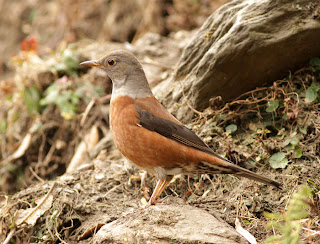 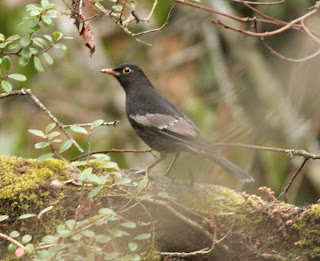 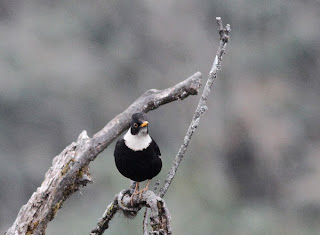 After the trek we headed down to Chitwan NP to warm up over christmas. Highlight was a SLOTH BEAR seen from the back of an elephant on christmas day!!, extreme close up views of Rhino whilst on foot (wait til you see the photos, unreal), Brown Fish Owl, Blue-beared Bee-eater and plenty of other birdy bits and bobs, but no lifers. 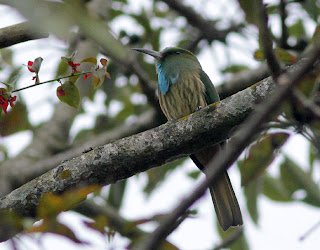 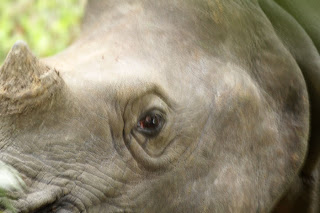 Rhino a little too close for comfort (uncropped!)

After Chitwan I bade goodbye to my folks and returned to Annapurna for a solo circumnavigation of the masif, going the more difficult, and heavily advised against clockwise direction, why, I'm not sure, I think I just fancied the more difficult option just to make it interesting. The birding on this route was brilliant, starting in the lowlands, Slaty-backed Forktail and Crested Kingfisher were the riverine stars, followed shortly after by very tame wintering Ibisbills at Larjung. 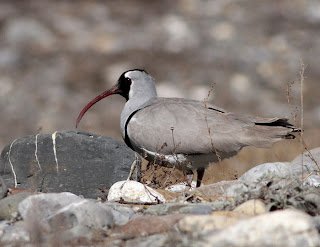 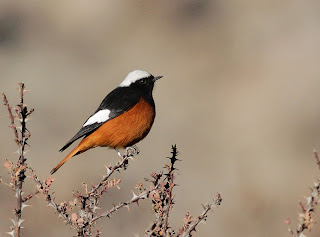 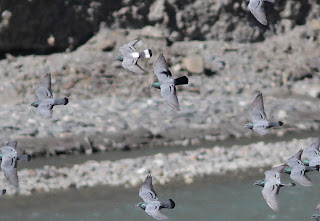 Crossing the Thorung La 'the wrong way' was always going to be one of the hardest days of the whole trip, and was no dissapointment on that front. Setting off at 4am, again, why so early i'm not sure, just thought it would be 'different' to do it by moonlight, it was one of the coldest days of my life. Shortly into the 4 hours it took to gain the top (5416m), my water bottle and packed breakfast had frozen solid, and my extremities were well on the way there too. 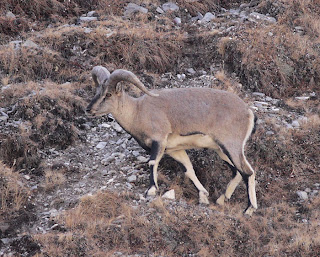 Blue Sheep on the Thorung La

On the top I was so cold I didn't even stop for a photo, just pegged it down to the sunny warmth of the other side, much to the astonishment of a trekking group and their sherpa who clearly hadn't expected to see anyone coming from Muktinath, let alone so early. After warming up I was feeling god so carried on all the way to Manang, trekking in 1 day what is recommended to take 3, no wonder I was slightly tired that evening! 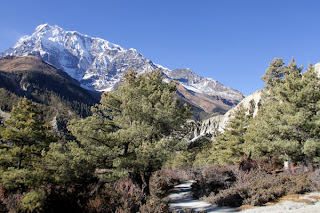 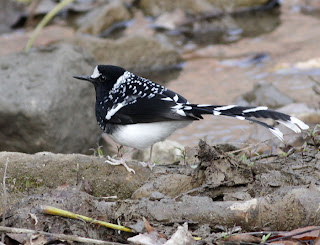 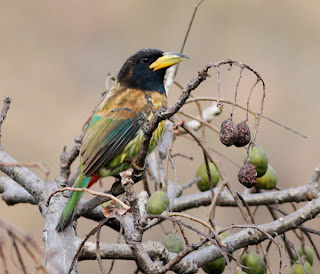 The eastern half of the circuit was incredibly windy which didnt help birding so I fair flew down, all the way to Besisahar, and back to Kathmandu, where I am now. I'll be spending a little while recovering in the city while I await the arrival of Joe Parkes (who was my trekking buddy for my first trip out here 5 years ago) and then we're off to trek Langtang, Gosainkund and Helambu, for the final 3 weeks of my epic Nepali winter, and then its back to Somerset to sort my life out, and until when, this blog probably wont be updated.
See ya then!
Posted by Joe Cockram at 8:16 AM

I read your blog about Annapurna Trekking. I will read other parts too. I enjoyed it. I recently started my own blog about Nepal and found yours when I was searching something similar. Keep it up.
www.chhayakhanal.com