I spent last weekend down at Portland ,thinking that there could be a couple of early migrants coming through, somewhat predictablly, there wasn't.
It was generally very quiet with good numbers of Stonechats being the only sign of any movements.
A nice surprise was a 1st winter Glaucous Gull hanging around off the Bill before flying off West.
The usual wintering flock of Purple Sandpipers on the rocks below the Obelisk were typically tame and allowed a few nice shots to be taken, though i did get proper soaked from a rather large wave that i didnt notice until it was too late. 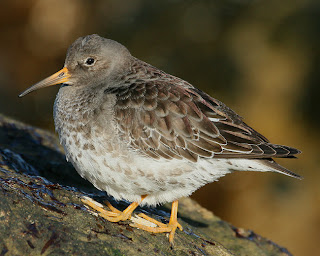 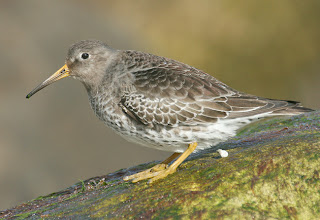 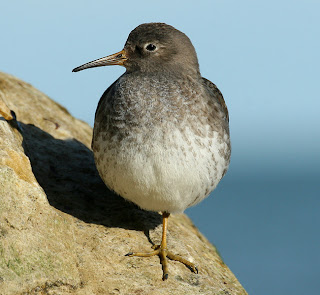 Kestrel in the Hut Fields 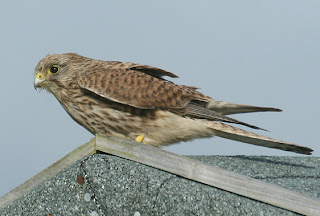 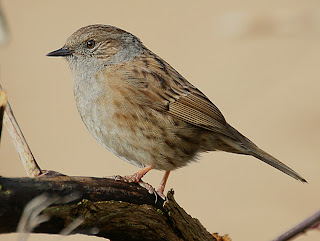 A distant Aircraft Carrier, reassuringly identified as 'one of ours' by the locals 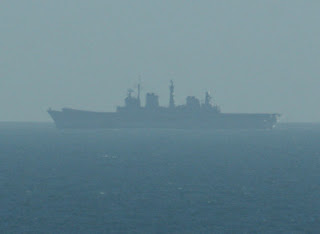