I want to move to cornwall

Having spent the whole of the winter umming and ahhing about whether or not I could be bothered to go down to Cornwall for the overwintering Spotted Sandpiper at Hayle I finally got the incentive I needed. I had been tempted even more by the Pacific Diver at Penzance but chickened out at the last minute thanks to its elusiveness but the news of a showy White billed Diver at Hayle gave me the shove I needed to embark on my first British twitch since the Black Throated Thrush in Somerset at Christmas 2005!!!
After a 5 hour journey I arrived at Hayle Harbour and was more than mildly pleased to see the Diver happily farting around directly below me off the quay, and was treated to stunning views of this monster bird as it caught crabs (no sniggering at the back there). 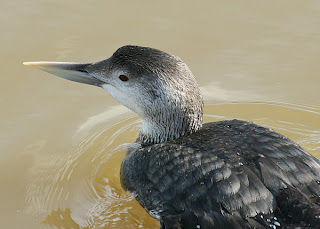 The bird then went for a wander down Copperhouse Creek, where it showed down to about 10metres at eye level. It even managed to catch a decent sized fish (which I couldn't I.D) and spent ages trying to swallow it 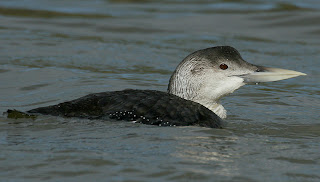 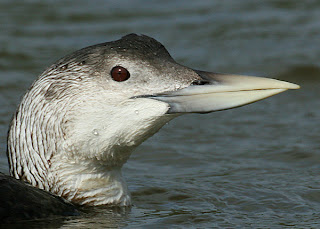 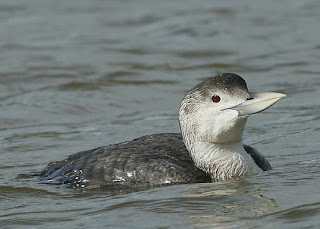 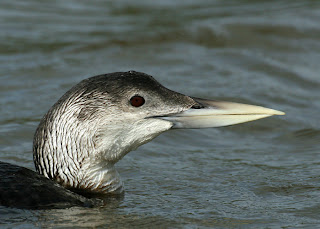 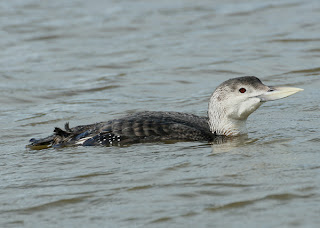 After the obligatory celebratory pasty from Mr. Philps I wandered over to the Old Quay House Inn to try for the Spotted Sand. On arrival I got told it was over by Lelant Saltings Station so charged off over there. When I got to the station however, a quick scan revealed that the awkward little sod was back over by the Inn again, buggerations. Rather than leg it all the way back over there again I settled down for a scan of the rest of the estuary and picked up a few embarrassing year ticks like Spotted Redshank and Knot. A quick walk over to St. Uny Close and I found the skanky Arab Lesser Whitethroat thing feeding on the bird table, which seemed somewhat bizarre.

After almost being shat on by a very low flying Buzzard on the road between the station and the Inn, I soon got onto the Spotted Sandpiper at a much closer and more acceptable range on the saltmarsh creeks behind the pub. It showed very well through the scope but was a little too far off for any decent photos, especially with the light fading, still, a nice way to round off a great day, the first day with 2 brit ticks that i've had for a while. 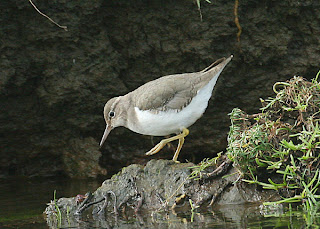 After a night at the very pleasant, though rather quiet Penzance YHA I decided to call in at Hayle for another look on the way home. The Spotted Sand was showing nicely below the bridge but again too distant and in appaling light so no more pix. On heading into Hayle itself the WBD was soon found feeding in the Creek below the Swimming Pool.

Whilst watching the diver i noticed a gull flying past out of the corner of my eye. It was only when it was practically gone that I twigged that there was something 'not quite right' about it, it had the overall 'jizz' of a Med gull, but even against the light the mantle seemed worryingly dark. I told the other birders standing next to me (who didnt even see the gull) and then hurried off to Carnsew Basin, where the bird seemed to have disappeared to.
An hour of fruitless searching left me with that terrible feeling when you know you've had something good but it's got away. In a foul mood, and hurling obscenities (and bricks) at every Med or Blk headed gull that loafed past, I sat down on the edge of Carnsew Pool to photograph the Great Northern Divers, no sooner had I done so than some old bastard lobbed a stick in for his dog and flushed the Diver off to the other side of the pool. 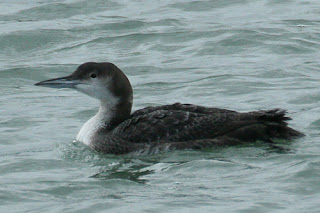 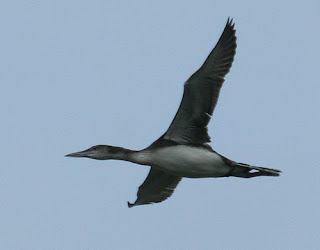 I headed off in hot pursuit along the track around the North edge of the basin and soon wished I was wearing wellies as the path was more than a little damp. I noticed a decent sized flock of small(er) gulls out on the estuary and had a quick scan through with the bins, MY GOD, there it was, although the flock was distant, one of the gulls had a really obvious dark upperwing, it was blatantly a Franklins. I fired off a couple of record shots, then as I was replacing the camera with the scope from my bag, to my horror the flock lifted off and pissed off over the trees towards St. Ives, nooooo! I had less than an hour til my train back home and my first potential proper rare for far too long was slipping away from me. Luckily the flock drifted back and I got good enough scope views in flight to be sure it was a Franklins and then lost the bird completely. After a thorough search, but with no joy I managed to convince myself to be happy with what I had got and headed back to Hayle for another quick peek at the WBD and to catch my train back home.
Overall, a wonderful couple of days birding, that has reminded me just how great birding in Britain can be.

A shoddy record shot of the highlight of the trip
Self-found Franklins Gull, Oh yeah!!!!!! 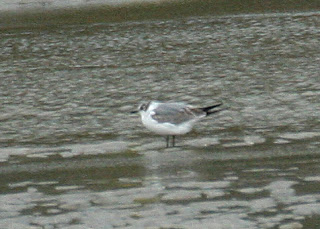 To be frank Joe I'm not sure Cornwall is ready for you just yet!

Well done Joe, after doiing Australia well, you started to kick ass in the UK also! Well done! Good find!
By the way what was the end score for Australia?