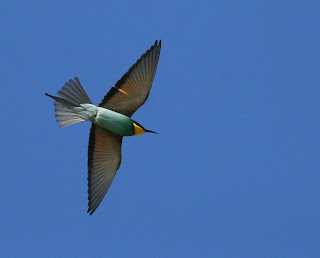 From 10th-20th April I took part in the Birdlife Malta Springwatch 2011 camp. The situation in Malta and the purpose of Springwatch has been covered by many pieces with much more depth, accuracy and eloquence than I could hope to achieve here ( This page gives the best overview of the situation, and be sure to listen to the podcast linked in at the bottom of the page)so for this trip report, I will focus instead on what YOU can do to help.

I’m sure that many of you previously aware of the hunting problem have already donated to Birdlife Malta, signed petitions, and written to MP’s, and I implore you to keep doing so. This has clearly had the effect of applying external pressure to the EU and the Maltese Government, encouraging such actions as not opening a Spring hunting season in 2008 or 2009, which had the immediate effect of allowing a fantastic breeding season for the birds of Malta, as well as providing a certain level of protection to countless migrants on their journey North. However, despite this pressure, the Maltese Government defied the European Union by opening Spring Hunting again in 2010 and 2011. Given the dismal lack of resources allocated to the Maltese Police to ensure that the conditions of the hunting season are followed, it is necessary for Birdlife Malta teams to act as observers, and as you may have guessed, this is what this post is about.

Birdlife teams of 3-5 people spread out across the island during the ‘danger’ periods of dawn and dusk, armed with optics and video cameras and a direct line to mobile police units. During previous camps, teams have managed to obtain footage of illegalities being committed, which has led to several convictions. This has had the predicted effect of making hunters very wary of breaking the law whilst in view of a Birdlife team. During the 10 days that I was on the camp I saw just one raptor being killed. A Marsh Harrier leaving a roost at dawn was shot down as it was gaining height to continue its journey North to its breeding grounds. This was a horrible moment for me. We were on site to protect that bird and we failed, the moment I saw it hit, I felt like I had been punched in the stomach, it was sickening. What made matters worse was that it was too dark to be using the video cameras, and we didn’t see where the bird fell, basically, we had no evidence that the incident ever happened. Still, we called the police immediately, and they responded admirably, with 2 patrol cars on site within 10 minutes. By this time, the hunters in the area had become aware of our presence, and 4 more birds left the roost safely. I think it is fair to say that had we not been on site that morning, it would have been more than that 1 bird that died. This was the general feel throughout the camp, that the hunters knew where we were (they had ‘spotters’, and were in radio contact alerting each other to our presence), and so, were unwilling to shoot protected birds in front of us, in case they got caught. 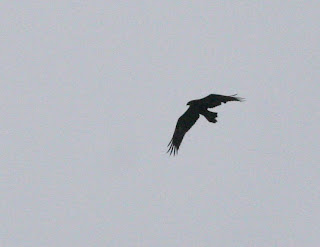 A fine case of 'Malta moult' on this Marsh Harrier

Of course, this is far from an ideal scenario. Birdlife teams can only cover a certain, small proportion of Malta, limited as they are by the number of volunteers attending the camp. This is where you come in. By coming on a future camp you can make up the numbers to allow Birdlife Malta to send extra teams out into the field, thus covering more areas, and providing a good deal of protection to any birds passing through those areas. The next camp is the Raptor Camp 2011, running during the last two weeks of September. This is a plea for you to be there.

So, what is the camp actually like? Well, I absolutely loved it. Aside from the expected low points upon seeing a bird getting shot, I thoroughly enjoyed every minute. The hotel was comfortable and clean, with decent, plentiful food. The general atmosphere was great, with plenty of banter keeping spirits up despite witnessing some terrible things. It was a privilege to work alongside some fantastic inspirational people, both from Birdlife Malta Staff and camp attendees.

The surveillance sessions themselves were quite variable. A few times the fine weather meant that migrants were simply not present, and so there was no hunting activity to record. Generally though, we were kept busy, with illegalities taking place almost constantly. Most frequently, it was a case of shots being fired outside of legal hours, recording sightings of birds bearing gunshot injuries, hunters not wearing the compulsory orange armbands, use of illegally modified shotguns firing more than 3 shots, and of course, the occasional instance of shooting at protected species. As well as recording all of this and alerting the police if necessary, the major work involved was using the video cameras to film any large bird constantly while it was in view, so that if it was shot, we would have proof of the incident. Also recording numbers of all migrants passing through is a key role for teams, as Malta is on a major migration route, and as such deserves monitoring . Standard watches are run from shortly before dawn until about 8am, and then from 3pm until dark. If there are roosts or movements of birds deemed to be at risk outside of these hours then volunteers can go and watch over these birds (this is optional, as obviously people need rest). I did a few night watches over Harrier roosts, which turned out to be fairly uneventful, though still exciting!

I know that personal safety is an issue that deters many birders from visiting Malta. It is true that there have been some shocking incidents in the past. Local birders have been threatened, verbally abused, beaten-up and had vehicles and optics destroyed. However, the bad publicity caused by such aggression has seriously tarnished the hunters reputation in Malta, and they are aware of this. During my time in the camp, ¬one team received 30 minutes of abuse, and bit of chest-shoving from 2 particularly aggrieved hunters, but this was the only incident of any note. Personally, I only had one face-to-face encounter with hunters, and that was a very civilised, quiet debate, and at the end we simply agreed to disagree. I never felt threatened in any way, and I don’t think anyone else on the camp did either. Bear in mind though, that being treated to verbal abuse is a strong possibility, and if you’re the kind of person who would be overly upset by this, then maybe the camp isn’t for you.

The birding was good, with a daily passage of Common and Lesser Kestrels, Hobbies, Marsh and Montagu’s Harriers, and a few Pallid Harriers and Black Kites. Herons featured too, with some big flocks of Purple, Squacco and Night Herons. Other typical Mediterranean species were also easily seen, mainly Golden Oriole, Bee-eater, Black-eared Wheatear Red-rumped Swallow, Pallid Swift, Woodchat Shrike and Blue Rock Thrush. We did have one session that ranks as one of my best birding moments ever. On our afternoon shift at Mosta Gardens, strengthening North-easterlies and some heavy rain forced in a spectacular arrival of 110 Marsh Harriers, 40 Montagu’s Harriers, 1 Pallid Harrier and 60 Lesser Kestrels!! Add to this 2 male Golden Orioles and 42 Bee-eaters hanging around us and I was left pretty gobsmacked. It was apparently a slow spring for passerines and I was quite disappointed with just a few Wood Warblers, Pied Flycatchers and a single Eastern Subalpine Warbler. These are just my personal sightings mind, and such crackers as Roller, Red-footed and Eleonoras Falcons, Collared Flycatcher, Little Crake, and Little Bittern were recorded by other teams. I should also mention that Autumn passage is much bigger than in Spring on Malta, and I have heard some gripping tales of flocks of Short-toed Eagles and Black Storks battling through hordes of Honey Buzzards on their way South, so I can’t imagine anyone being bored by the birding in September. 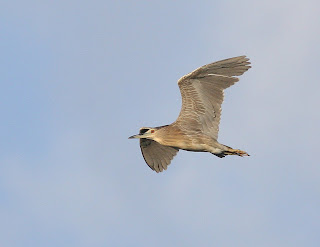 I expect Birdlife Malta to announce details and dates of Raptor Camp 2011 on the website before the end of May, and I will post again on here when they do, until then, watch a few videos, read some articles and convince yourself to go.

Finally, all I can say is that I would definitely recommend attending a camp. I will be back for as many as I can in the future, including almost certainly the Raptor Camp this Autumn. It may at times be tough, but you will have some great birding, meet legendary people, and most of all, play a major part in protecting Europes finest birdlife. If any further encouragement is needed, watch this, and see what we’re working to prevent. Thankyou.

Oh yeh, and if you're thinking about it, feel free to ask me any questions, as a comment on here, by e-mail or stop me for a chat if you have the misfortune to bump into me in the field.
Posted by Joe Cockram at 8:59 PM