Another day with a total dearth of common migrants, but exciting again on the rarity front.
Early on into a a seawatch off The Bill we had a Short-toed Lark in off the sea, unfortunately it didnt stop and we couldnt find it despite a good search over the slopes, top fields and obs plough.
Not exactly the best views but we followed it in the scopes long enough to see the lack of white trailing edge, general paleness to upperparts, clean underparts and dark patches on the breast sides. Nice but slightly frustrating.

After returning to the seawatch and clocking up a nice total of 72 Black Terns going East, we had another try for the Lark in the Top Fields, on the way back to the obs we picked up a Red-rumped Swallow flying distantly over the East Cliffs, we went down to have a look and found 2 more sat on the fence, presumably some of the birds from yesterday, but at this time of the year you just can't be sure.
For the next hour or so, they were flying around with masses of Barn Swallows giving fantastic close views and calling loudly all around us. I managed some much better photos than yesterday, be sure to click on them for full effect!! 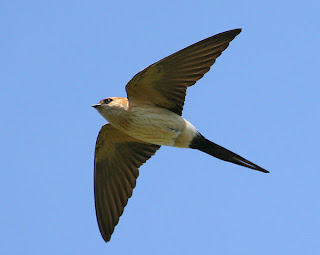 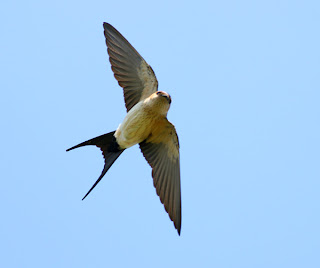 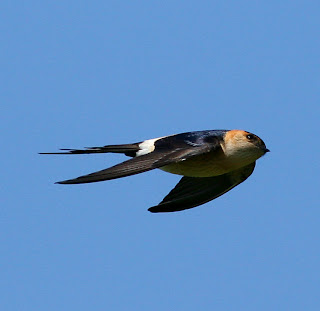 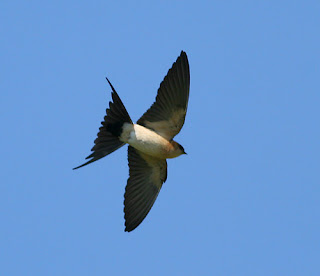 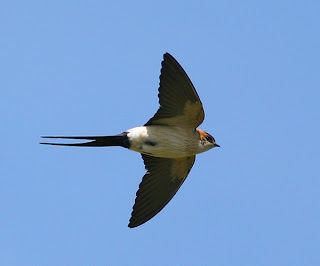 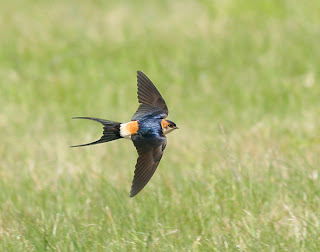 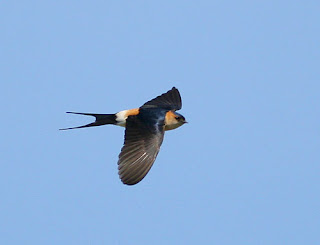 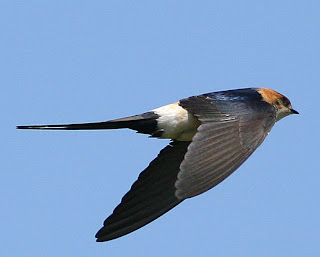 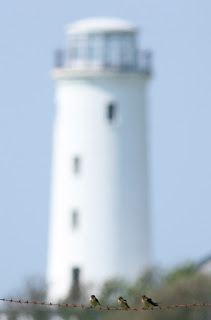 The Swallows lined up in front of The Obs tower 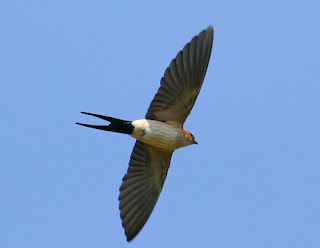 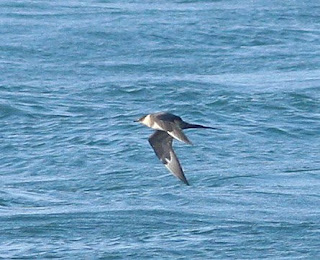 A lone Arctic Skua off The Bill this morning
Posted by Joe Cockram at 4:21 PM

fantastic photos Joe. Must be the best photos of RRS on the internet.

Joe, that first shot of the RRS is truly superb, the streaking on the underparts can be hard to see in the field but is so beautifully depicted in your photo. Can I ask what settings you were using please.

All the best
Marcus Lawson,
Kent

thanks for the kind words guys
I was on Av mode, at f5.6, iso 200, AI Focus and spot metering, with +1 stop exposure compensation

Great shots! I really enjoy reading your blog, what lens and camera do you use? I currently use a Canon EOS 350D and a EF 75-300mm lens. I want to upgrade my lens to a EF 400mm F/5,6L USM is this what you have?
Cheers
JJS

Tony Morris said...
This comment has been removed by the author.
4:15 PM

Great shots of the Red-rumped Swallow, do you bracket or just use one stop compensation against the sky?