I set off on a nice long walk today, planning to climb up the mountain of El Sueve, which towers over the hotel.
Walking up through a bit of mixed woodland wa quite productive with singing Iberian Chiffchaff, Dartford Warbler and surprisingly given the altitude, a Grasshopper Warbler. The Egyptian Vultures were again circling over their nesting crag and a Griffon Vulture passed close by at eye level, but predictably my camera was still in its bag, doh!
Further up the coniferous woods were full of Firecrests and Crested Tits bu the weather was deteriorating, so I reluctantly decided to head back down the way I came.
Halfway down the weather looked to have cleared up a bit so i took an alternative route up to a large pasture on the side of the mountain. This proved to be a wise idea as there were several nice Rock Buntings feeding in the drizzle, a new bird for me (along with the 2 vultures) 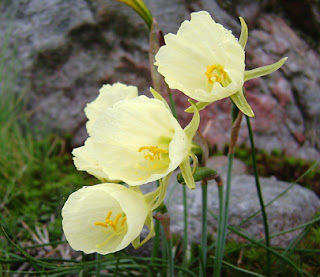 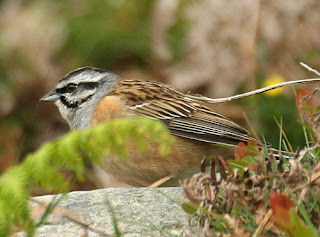 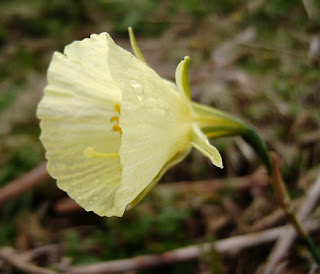 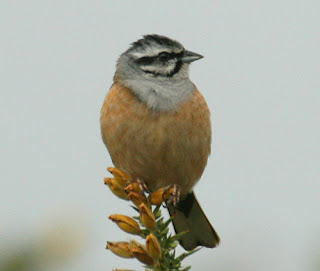 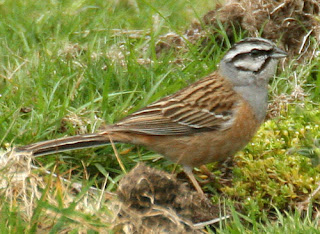 And a horrificly dark picture of a Tree Pipit 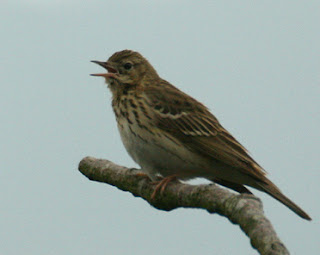 Walking back down to the hotel a Short-toed treecreeper was another long-awaited lifer in a mixed feeding flock of Blue, Great, Coal and Long-tailed Tits.

The previous day I had taken a trip into the nearby town of Cagnas de Onis to sort out some paperwork involving work. The town was full of hirundines and associated things and I saw a nesting pair of Crag Martins, along with masses of Sand and House martins, Swallows and Swifts. Also a Dipper seen from the car as we crossed the Rio Sella.
Posted by Joe Cockram at 6:45 PM