....to leave it home assuming that it would just be more of the same stuff.
Holes Bay was excellent again today. A slightly late start following a heavy night at the mighty Sound Circus got me to the site as the tide was starting to come up. Loads of waders right in close to the path. Luckily I had the compact (just in case i needed a record shot of the Baikal Teal i'm blatantly going to find there before the winters up) so I could resort to digi-binning. 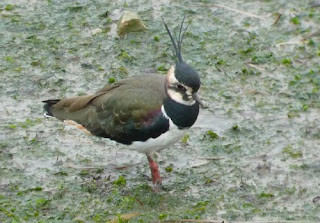 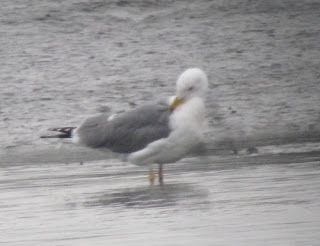 Adult Yellow-legged Gull ,a 1st winter was over at Kerry Foods with a load of mixed commoner gulls who had managed to get into the bins. 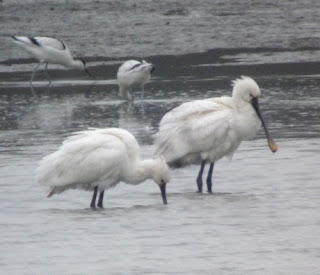 2 of the three Spoonbills present
Also had a Jack Snipe and 4 Spotted Redshanks which gave ideal photo opportunites for the DSLR but evaded being digi-binned.

Yesterday I only managed a quick look down Baiter and Poole Park before heading up to campus for a revision session. Nothing unusual down there and no sign of Barney G. Apparently theres been a few other Barnacles turning up along the Dorset coast, potentially wild birds from Holland fleeing the cold. I was counting it anyway but that information helps ease the guilt. 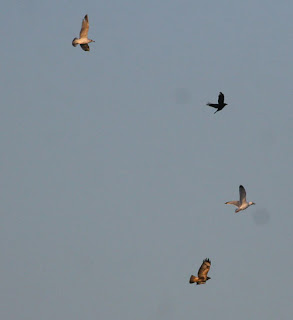 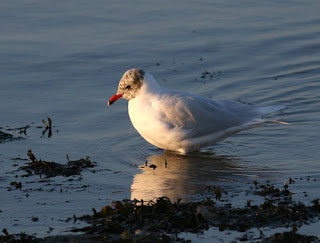 This Med Gull should be looking rather fine shortly 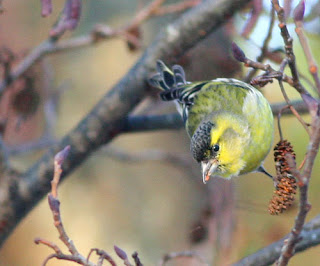 One of c40 Siskins in the park 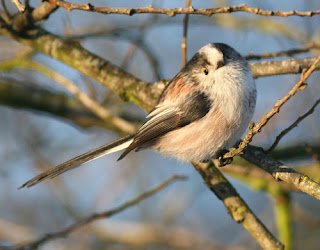 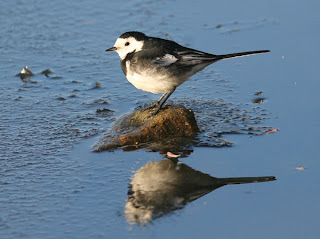 Pied Wagtai looking for a drink
Posted by Joe Cockram at 4:58 PM