Procrastination for the nation

It may come as a bit of a shock to you to see this blog back in action following a lengthy spell of inactivity. Bascially i've been so busy with uni stuff that I haven't had the time to even go birding, let alone write it up on here.
However, now i'm back in Somerset for the christmas holidays, i'm bored out of my skull and need something to pass the time. I really should be revising for chemistry and biology exams that I have in a couple of weeks time, but really can't face that so, in a desperate attempt to put that off, remembered that my posting of photos from my epic Ameicas trip lst year was incomplete, so here's the next installment, nearly in real time, plus a year of course.

After a mental New Years in the Yucatan, we whipped through Belize and into Guatemala where we camped at the legendary mayan ruin site of Tikal for a few days. 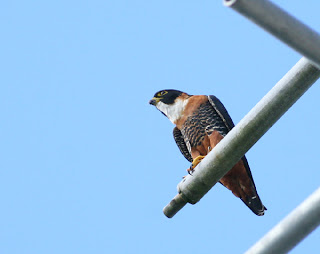 Occelated Turkeys, wandering around the temples 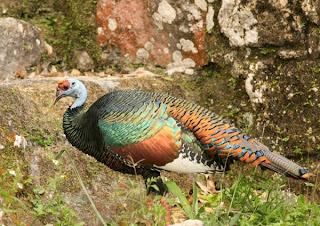 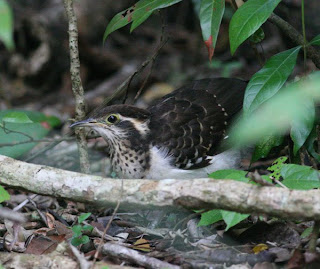 Not hanging around, we exited Guatemala so quickly that we somehow missed the immigration departure point, oops. A short boat trip later and we were in Honduras, where we camped near Lago Yojoa. We took a short trip into the cloud forest, where we were rewarded with some mega shit more normally seen in Chiapas in Mexico.
Prevost's Ground Sparrow, of the muttonchopus subspecies 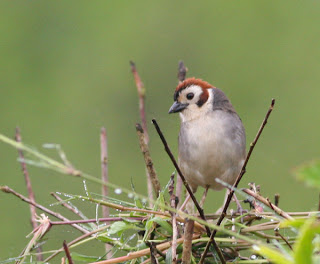 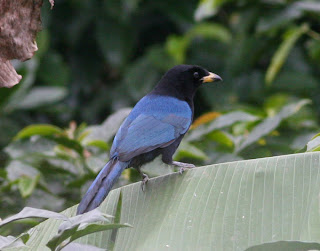 errm, not sure I remember this one, possibly chestnut-capped warbler, or something along those lines 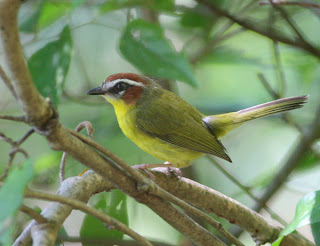 Oh Yeah, The Boy: Resplendant Quetzal, an awesome sighting, one of the best of the trip. Terribly evocative and atmospheric and just plain amazing as it floated around in the mist through gaps in the canopy 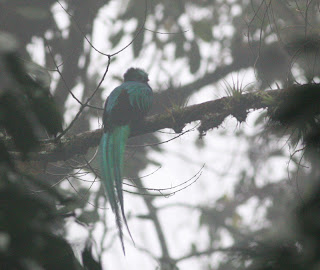 Blue and White Mockingbird. We didnt even realise that his occurred in the area we were so casued a bit of jubiliation at the time 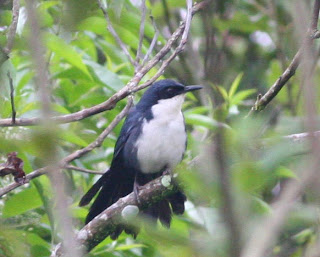 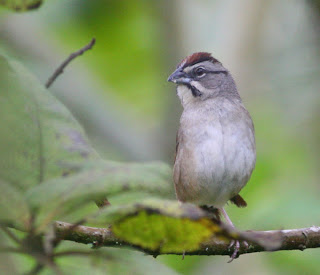 And finally, a Howler Monkey, pretty much the only picture I took in Nicaragua, thanks to a vicious bout of food poisoning that struck me for most of our time in the country. 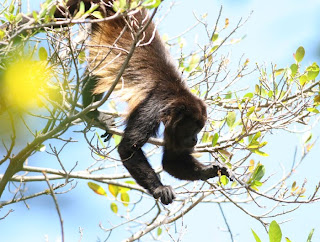 That bird looks very similar to a a vagrant rufous capped warbler I saw in Texas once.....