So, Portland has still been rubbish compared to its own high standards, but i've still managed two lifers since the last update, firstly a Leach's Petrel that flew past the bill a few weeks ago, and more recently 2 Siberian Chiffchaffs in the new crop fields opposite the obs, OK, its not technically a lifer, more a sub-lifer (if such a word exists, if it doesnt, well it does now, so there!) but we're really scraping the barrel this autumn for good stuff. Still, they were interesting birds and I spent a fair bit of time watching them, and managed to hear them calling a fair bit, which was most enlightening. Not in a spirtual way mind, it wasnt like I suddenly saw the light and became all calm, and started floating or any shit like that, though the floating bit could've been quite useful cos it was a right bastard trying to get through the field, all sorts of spiky plants that were grabbing my ankles and trying to pull my trousers down, not to mention the mist nets that were strewn throughout the place.
Anyhoo, enough on that, what else has there been, errrm, well, sod all to be perfectly honest. Some very gusty weather over the last few days looked like it might provide a few seabirds but it stayed a bit too westerly really, apparently its getting stronger in the week and going a bit more south-sou-westerly so we might be in for a few more Leach's.

Pretty much all i did manage in the weekends gales was this juvvy bonxie that hurtled through ferrybridge yesterday, the gale force winds were a handy excude for a shite photo 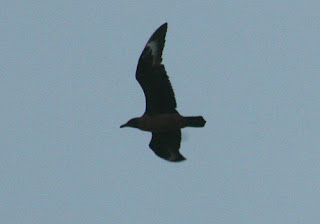 Tame goldcrest in the garden the other day 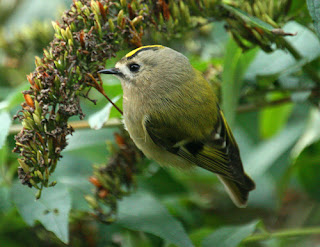 Grey Heron at Radipole a while back 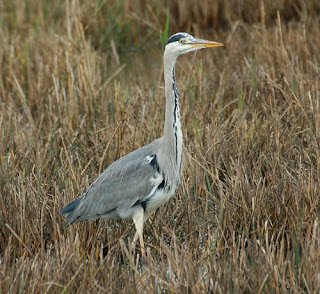 And a Shovelbeak at the same time 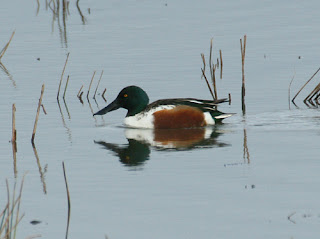 Can you click 'em? Yes you can! I wouldnt though, they'll still be fucking awful
Posted by Joe Cockram at 2:27 PM

I am a birder from Sri Lanka and I have started blogging recently.
I would like to request for a link exchange with your blog.

My blog is http://gallicissa.blogspot.com
If you approve, please show it as Gallicissa (Sri Lanka)

Look forward to hear from you!