This is getting tedious, Portland is still duff!


Well, i guess I cant complain too much, theres been more interesting stuff than most crappy inland sites have had, the best on offer being 2 Black brants at ferrybridge, though these two shoddy distant pictures both show the same bird. 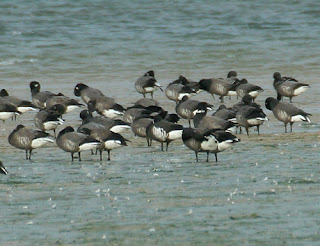 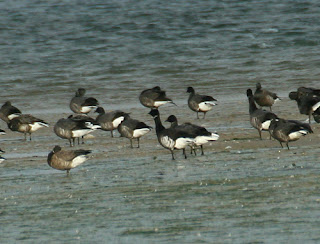 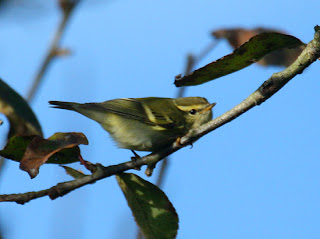 And yet another Yellow- browed Warbler in my garden, the 5th or 6th this autumn!!!

We also had a nice Mealy Redpoll in the garden a week ago, a great garden tick!!

errmmm, what else, added Whopper Swan, Bearded Parrotbill** and Corn Bunting to my pathetic Portland list, and managed to get over to Studland in time to see 2 juv. Surf Scoters in the bay.

**No, not a new species for Britain, I simply refuse to refer to them as Bearded Tits, there is no way those things are tits, Parus montanus is a tit, Bernie Ecclestone is a tit, Panarus biarmicus is not, neither is it a reedling, what a fucking copout that is. Just take one look at the Parrotbills and, bloody hell, don't they look rather similar to beardies, same shape, same colour, even the same bills. they even live in Bamboo stands for christs sake, which basically are whopping great big reeds. Plus its the only way that anyone can ever(knowingly) see a Parrotbill (a wonderful group) in Europe without doing some gay cat. C listing trip to Northern Italy for those feral Vinous-breasted things.(anyone whos done that, shame on you!!)
So, next time your at some reedbed reserve and hear that delightful ping-pinging make sure you say "ooh look, Bearded Parrotbills", or be prepared to get your ear bent!

It's Poecile montana now, actually, smart arse. And I think Moustached Parrotbill would be better seeing as you can hardly call that facial hair a beard!