With strong North-Westerly winds forecast, Colin White, John Down, Kevin Lane and I decided it would be fun to try a Seawatch from the French Coast. Booking the previous night, we managed to get a return trip on the ferry from Poole to Cherbourg for Just £106 for the four of us and a car, bargain! We arrived in Cherbourg early in the morning and quickly headed out to Gatteville Phare, a headland on the Northern tip of the Normandy peninsula. It was still dark when we arrived and we set up scopes a little earlier than necessary. First bird through was a Sooty Shearwater, though to be honest, it was so dark that an Antarctic Fulmar would look like a Sooty Shear. Other birds soon followed as the light improved and we noticed the best feature of this site, the birds just came so bloody close, almost without exception, shearwaters and Skuas were passing by close enough to be identifiable with bins only. Birds continued to flow throughout the day and we recorded some decent tallies.

The count of 111 Balearics was apparently a record day count for the mainland side of the
channel! 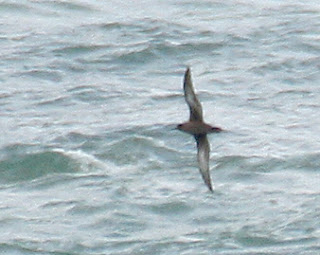 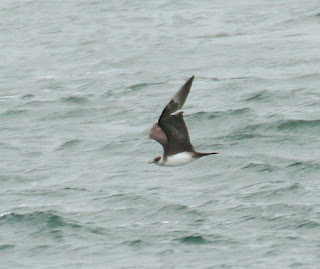 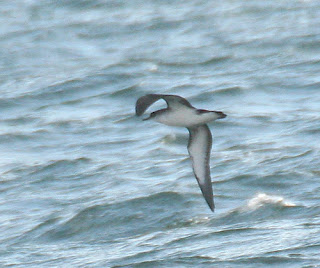 Part of the record-breaking numbers of Balearic Shears 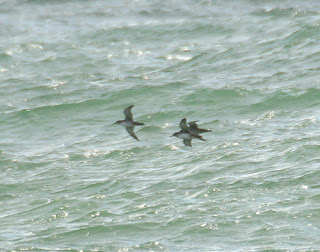 Nice pictures from my favourite lighthouse !
English birders are welcome for seawatching here. All the best. Alain