With holiday time being at a premium now that I have a 'proper' job, I took advantage of the christmas break to escape to Morocco for five days.

A few hours after landing, following one of the most pleasantly hassle free taxi/bus/taxi-bus journeys of my travelling career I was skittering along the icy streets of the village of Imlil, halfway up the High Atlas Mountains, and after a 5am start on Christmas Day hauled myself to the top of Jebel Toubkal, the highest mountain in North Africa. At 4167m there obviously wasn't a lot of life up here, but Alpine Accentors and Barbary Ground Squirrels were eking out a living from scraps of biscuits flicked respectfully their way by climbers impressed by their tenacity.


Back down in Imlil, birds were really quite abundant. Feeding flocks rifled through the Walnut trees and terraced fields, though the high peaks ringing the village forbade the presence of that most crucial of photographic ingredients: sunlight.
My target bird here was Levaillant's Woodpecker, and with just a few minutes left on my last walk before departure I was convinced I had dipped, despite hearing almost constant calls echoing around the village. Watching a flock of Serin jingling their way across a small valley, I noticed a flash of red as they alighted in the crown of a large Walnut, a woodpecker sitting silent and still, doing its best to avoid the clutches of my world list.


I spent a night in the town of Tahanout on my way back to Marrakech for my flight home. A scan of Google Earth had shown an area of olive groves and scrubby farmland a short walk from a passable hotel and I hoped to catch a a few lowland specialties here. Sure enough, a short walk started with a Black-winged Kite mobbing a Long-legged Buzzard over the olive groves, which were fair heaving with wintering Blackcaps and Blackbirds, and Common Bulbuls and House Buntings scabbing food from nearby houses. Some dry fields further out produced my priority species of Moussier's Redstart, one male enjoying a quiet subsong, while Thekla Larks showed no such restraint and were belting out their best from every field.

A few shots from the mountains, an absolutely stunning trek in the snow. 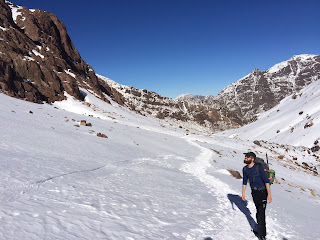 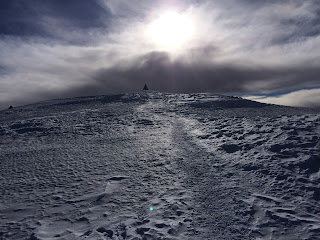 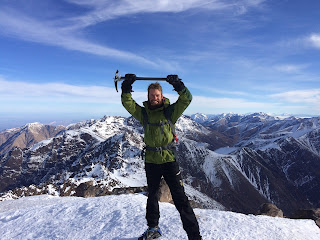 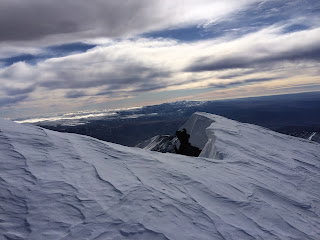