The final leg of the trip was on the island of Sumatra:

I started with Bukit Lawang, a very touristy village on the boundaries of Gunung Leuser NP. The only way into the jungle of the National Park was to go with a guide, so I joined a group for a day of 'jungle trekking'.  Mammals were the stars here, with Thomas's and Silver Leaf Monkeys, White-handed Gibbon and of course Orangutan all giving super views.
The experience of watching the Orangutans was tempered somewhat by the knowledge that some were 'semi-wild' having been released into the NP having been made homeless or orphaned elsewhere in Indonesia, but nonetheless it really was a privilege to look into the eyes of such close cousins. 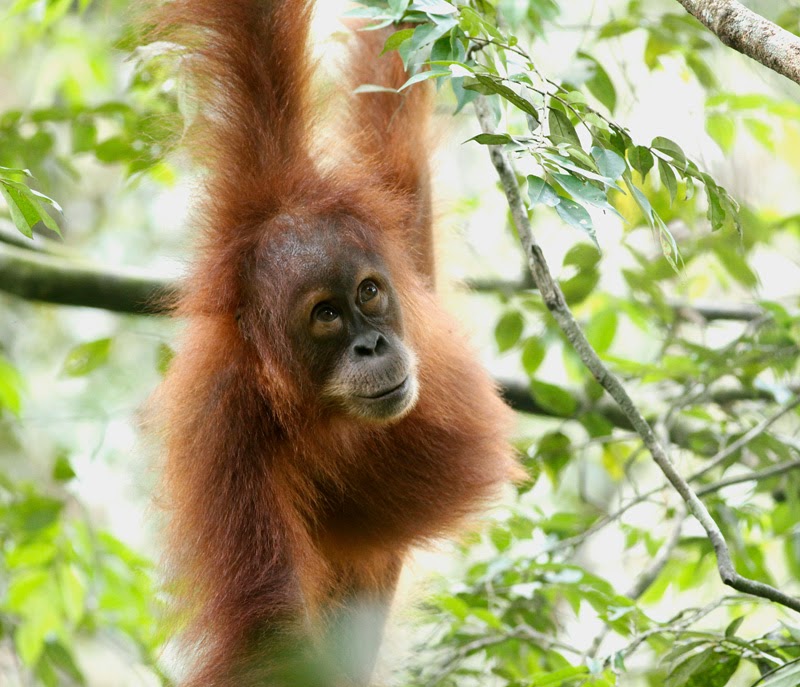 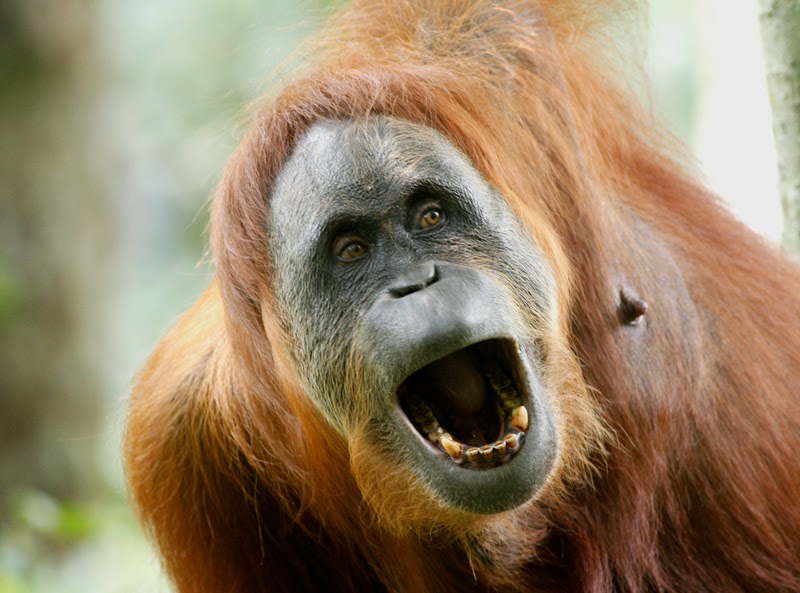 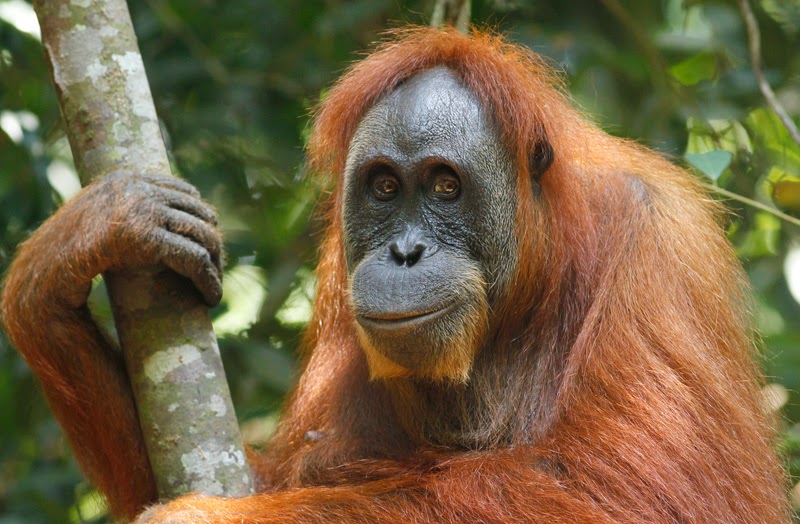 While having lunch, a male Great Argus Pheasant stepped into a clearing and started picking up scraps left by previous groups. Although I had seen plenty of pictures, I wasn't quite prepared for how incredible this bird was, with its long, wavy tail like some sort of tropical fish, and enormous secondaries covered with eye-spots, crazy. This photo was taken with my phone!

Before flying out from Padang I spent a few days at Samosir Island and Bukitinggi. Samosir has lost most of its forest, and a small wetland at Amarita provided the best birding, and was pretty much the only freshwater wetland I visited all trip. As soon as I stepped off the road into the paddies, a Watercock flew up, which was a a very unexpected lifer. Pallas's Grasshopper and Oriental Reed Warblers were more predictable and showed well after pishing til I was blue in the face.

A group of feral dogs roaming the marsh saved me the hassle of getting my feet wet by flushing up Painted and Pintail Snipe and Ruddy-breasted Crake, and White-headed Munia and Baya Weavers were bombing around all over the show.
On one day I took the boat from Samosir back to the mainland and a short bus ride down the highway to Taman Eden 100, a nice patch of protected forest. As seems to be standard procedure for rainforest birding, I went ages without seeing a thing, and then suddenly hit a feeding flock containing class birds like Long-tailed Broadbill, Blue Nuthatch, Fire-tufted barbet, Speckled Piculet, Golden Babbler and Black and Crimson Oriole.

At Bukitinggi I had a look around the Rafflesia Flower reserve at Batang Palupuh. Sadly, no flowers were in bloom, but Sumatran Green Pigeon, Blyth's Hawk Eagle, Black and Yellow Broadbill, Blue-winged Leafbird and Black-browed Barbet made the trip worthwhile. Amazingly, after watching the barbet feeding high in a fruiting tree for a few minutes, I turned around and almost stepped on a Sumatran Peacock Pheasant on the path behind me!! I really hadn't expected to come anywhere near this tricky endemic and was almost as surprised as the bird, which quickly hopped into the thick vegetation and disappeared from view.